Home › Daily Outlook › From Russia with love? Why the Kremlin’s coronavirus aid to the West is controversial

From Russia with love? Why the Kremlin’s coronavirus aid to the West is controversial

Russia has been accused of sowing misinformation and distrust in Europe over the coronavirus pandemic, and its efforts to send aid to the U.S. and Italy — two of the worst affected countries — have been met with skepticism. 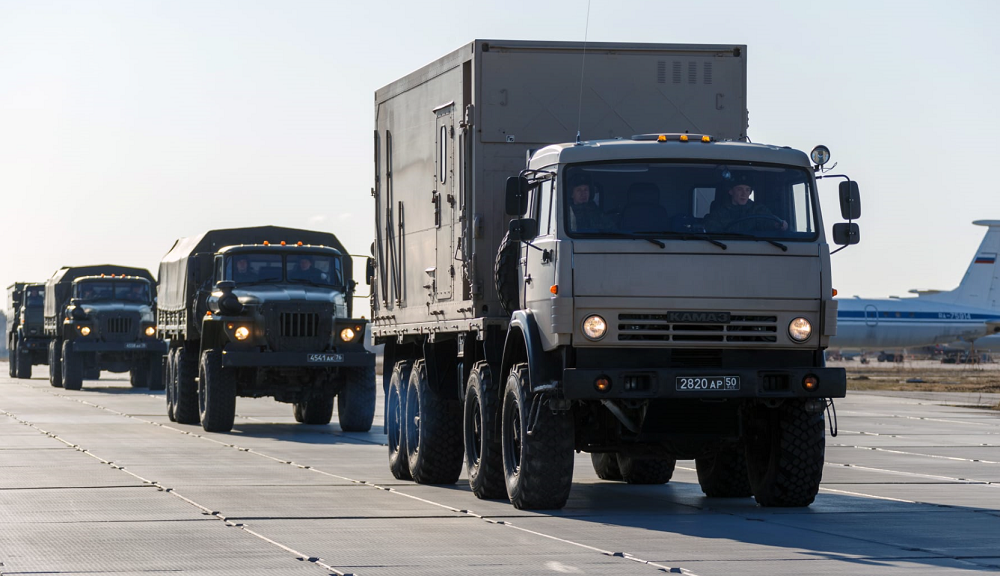 However, Andrey Kostin, president and chairman of VTB Bank, told CNBC Monday that Russia did not expect anything in return for its recent assistance to Italy, which included medical personnel, ventilators, masks and protective suits. “We’re not enemies, we’re friends to the West, to Europe, to America,” he told CNBC’s Squawk Box Europe.

“Of course, we can’t solve the problems of Italy or other countries, but where we can show our support and provide real assistance we’ll be doing this.” The country labeled the lorries of equipment it sent to virus-stricken Italy in March: “From Russia with love.”

However, the gesture might have backfired, with Italy’s La Stampa newspaper quoting anonymous political sources as saying that 80% of the equipment was of little or no use.

Russia’s defense ministry hit back at the article, calling it anti-Russian fake news. The Italian authorities did their best to thank Russia for its help, while defending its journalists and their right to freedom of expression.

There was already speculation that Russia’s sending of aid was not purely altruistic and that it was designed to nudge Europe to lift Crimea-related sanctions on Russia sooner rather than later. Italy, which has remained something of an ally with Russia, supports the lifting of sanctions imposed in 2014 for Russia’s annexation of Crimea and role in a pro-Russian uprising in Ukraine.

The European Union (EU) has also accused Russian media of deploying a “significant disinformation campaign” against the West. An EU document, seen by Reuters and reported on March 18, said the campaign aimed to worsen the impact of the coronavirus, generate panic and sow distrust. An EU database recorded almost 80 cases of disinformation about coronavirus since Jan. 2.2, the report noted. Russia denied the allegations, calling them unfounded.

The accusations continue, however. On Monday, the U.K. accused Russia of spreading disinformation following reports in the country that U.K. Prime Minister Boris Johnson was on a ventilator, after being admitted to hospital Sunday night due to persistent coronavirus symptoms (he tested positive for the virus on March 26). It was revealed Monday night that Johnson had been moved to intensive care, although the government said in a statement that he was conscious and not on a ventilator.

Despite this, Russia — a country with around 145 million citizens — has reported few cases of the virus compared to its European neighbors, with 6,343 confirmed cases and 47 deaths, according to Johns Hopkins University, which is collating global virus data. The real number of coronavirus cases in Russia, as elsewhere, is likely to be far higher given limitations on widespread testing, and the possible under-reporting of cases.

From Russia with love? Why the Kremlin’s coronavirus aid to the West is controversial, CNBC, Apr 7