There are tentative hopes in Europe that the coronavirus outbreak could be slowing, as the number of new infections and fatalities starts to slow down, according to data over the weekend.

The figures are prompting European leaders to look for an exit strategy to national lockdowns, while urging the public to maintain discipline while the apparent recovery from the outbreak is in its infancy. 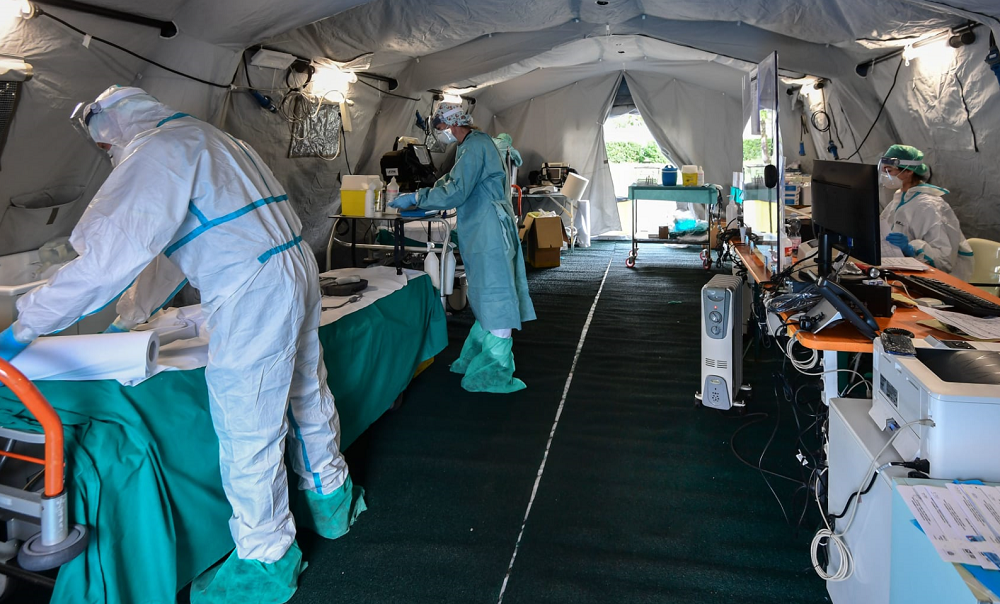 Italy, the epicenter of Europe’s pandemic, reported its lowest daily COVID-19 death toll for more than two weeks on Sunday. The Civil Protection Agency said there had been a rise of 525 deaths from a day earlier — the smallest daily increase since March 19, Reuters noted. On Saturday, there had been a rise of 681 deaths, and the day before that, a rise of 766 deaths, so the numbers are going in the right direction.

Italy has recorded 128,948 cases of the coronavirus to date, and 15,887 deaths, according to Johns Hopkins University, meaning it has the highest death toll in Europe. Rome has implemented some of the most draconian restrictions in the world, imposing a national lockdown on March 12, but there were hints Sunday that it could start to look for a way to ease the measures the near future.

In Spain, which now has a higher number of infections than Italy (at 131,646 cases, according to Johns Hopkins University) the rate of new infections and deaths also continued to decline this weekend: Sunday’s rise in the number of deaths (674 new deaths, down from 809 reported Saturday) was about half the rate reported a week ago.

Both France and Germany have also reported falls in their daily death tolls. France’s health ministry said Sunday that the daily death toll from the coronavirus fell in the past 24 hours and admissions into intensive care also slowed. It said 357 people had died in hospitals, down from 441 the previous day. France has recorded a total number of deaths of 8,093, according to Johns Hopkins.

Germany reported a slowdown in the rate of new cases for a fourth consecutive day in a row Monday, with a rise of 3,677 cases from the previous day, and a rise of 92 deaths, data collated by Germany’s public health body, the Richard Koch Institute (RKI) for infectious diseases, showed.

In total, Germany has 95,391 confirmed cases of the virus but has recorded a total of 1,434 deaths from the virus, according to Johns Hopkins University. The low death rate has been attributed to widespread testing, a robust healthcare system and a bit of luck, in that its first cases were among younger people.