EU predicts region will contract 7.5% this year in worst economic shock since 1930s 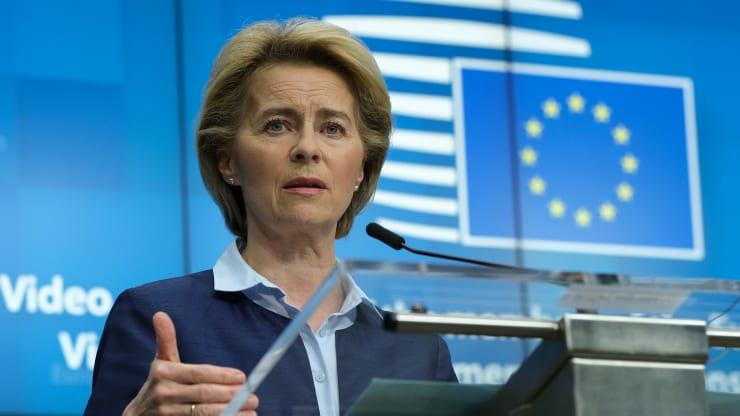 “While the immediate fallout will be far more severe for the global economy than the financial crisis, the depth of the impact will depend on the evolution of the pandemic, our ability to safely restart economic activity and to rebound thereafter,” Valdis Dombrovskis, vice-president for economic affairs said in a statement.

European governments are working on plans to lift confinement measures after several weeks in lockdown. Italy, Portugal, Greece, Germany and Austria are just some of the countries which have started lifting some of their respective restrictions. However, the reopening of economies is happening gradually, meaning that their overall business activity will be impacted for months to come.

The European Commission is currently working on further economic stimulus to the region. A proposal for a so-called Recovery Fund is expected in the coming days. Gentiloni has suggested the fund could reach 1.5 trillion euros ($1.62 trillion). Italy, which has been one of the hardest-hit nations worldwide by the pandemic, is seen contracting 9.5% this year. That is the second-worst performance in the euro zone, after Greece, which is seen contracting by 9.7%. The pandemic is also expected to dent Europe’s growth engine. Germany is seen contracting 6.5% in 2020.

EU predicts region will contract 7.5% this year in worst economic shock since 1930s, CNBC, May 6