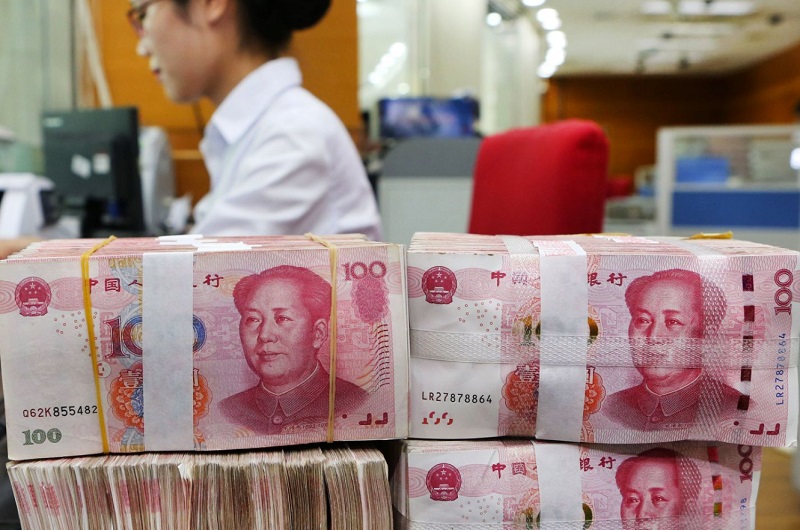 The Chinese yuan’s slide is creating challenging headwinds for Beijing’s push to promote its currency globally — a key element in the broader liberalization of the world’s second-largest economy.

China wants its currency, also known as the renminbi, to play a leading role in global trade and finance in line with its economic clout.

While Beijing has scored some significant milestones, the yuan has been declining, assailed by a weakening economy and a trade war with the United States.

One major achievement was in 2016 when it joined the ranks of the dollar, euro, yen and British pound as part of the International Monetary Fund’s Special Drawing Right (SDR), an international reserve asset. But there have been bumps as well, most notably in 2015 when authorities suddenly devalued the currency after steadily nudging it higher for years, triggering a sell-off in global markets.

The renminbi, or literally “people’s currency,” is now being buffeted by a new challenge as China’s economy is under pressure from U.S. President Donald Trump’s tariff assault. Analysts say its push to become a global currency is likely to suffer a setback.

“Renminbi internationalization could be slowing down temporarily in the second half of this year,” Ken Cheung, senior Asia foreign exchange strategist at Mizuho Bank in Hong Kong, told CNBC, citing the disruption caused by the trade war.