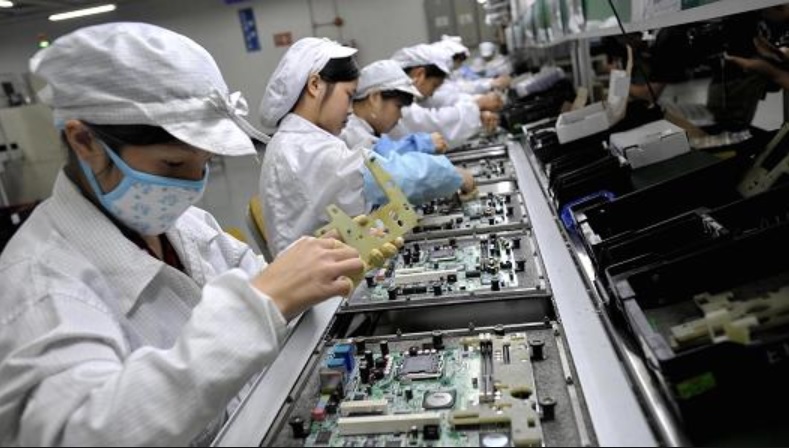 An official gauge of China’s factory activity dropped to a 27-month low in October as escalating trade tensions with the U.S. continued to weigh on sentiment, especially smaller firms’. The official manufacturing purchasing managers’ index dropped to 50.2 in October from 50.8 in September, data released by the National Bureau of Statistics showed Wednesday. The October reading was below a median forecast of 50.5 from a Wall Street Journal poll of economists.

The index has remained above the 50 mark, which separates an expansion of activity from a contraction, since July 2016 when it stood at 50.4. The subindexes measuring operations of small- and medium-sized manufacturing firms pointed to a month-on-month contraction in activity. A week-long national holiday and rising external uncertainties were reasons for the slower expansion in factory activity, said Zhao Qinghe, an analyst of the statistics bureau, in a statement accompanying the data release.

A subindex measuring production decreased to 52.0 from 53.0 in September, while the new orders index was down at 50.8 from 52.0. The new export subindex–an indicator of external demand for Chinese goods–slipped to 46.9 from 48.0. China’s official nonmanufacturing PMI, a gauge of business activity outside factories, also dropped to 53.9 in October from 54.9 in September.