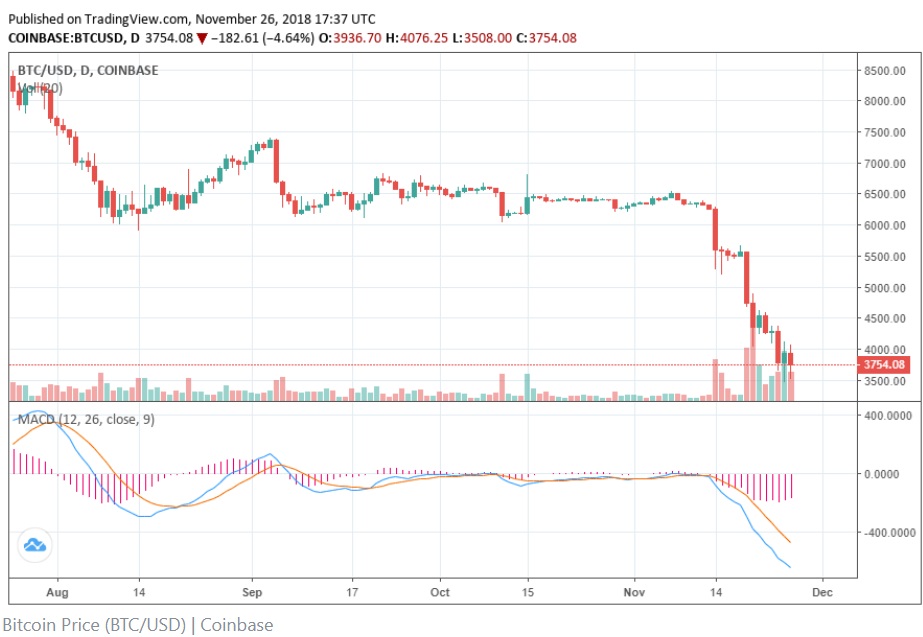 Anthony Pompliano, who works in Morgan Creek’s Digital Assets division, told CNBC’s Squawk Box on Monday that he believes the Bitcoin price is essentially going to bottom out with an 85% reduction in value from its previous all-time high. Prefacing that his forecast is based on previous experience in the crypto markets, he said: “85% from the all-time high is about where we’ll end up. Puts it around $3,000. Came close over the weekend but probably a little bit more to fall.”

He went on to explain to the host, who spoke of lost confidence among Bitcoin investors and the prospect of them returning to the market following their recent heavy losses, that he feels Bitcoin was overvalued and is now seeing a healthy correction.

“Bitcoin was overvalued in December ‘17. There’s more sellers than buyers this year. So the price goes down. But there’s three things you gotta remember. The first is, this is a transaction settlement layer. It’s the most secure in the world. It’s got to be worth something. It can’t be worth zero.” “The second is it’s the best performing asset class in the last ten years. It’s outperformed S&P, Dow, Nasdaq, et cetera, during the longest bull run. And so it experienced two 80% drops during that time, but the asset’s still up over 400% in the last two years,” he continued. “And the third thing is: that was all done by retail.”