The Bitcoin price (BTC) has recovered strongly from $5,200 to $7,200 in the past two weeks, despite the declining appetite for high-risk assets including single-stocks and cryptocurrencies.

One prominent trader predicted the entire price movement of Bitcoin since its initial drop from $10,500 to sub-$6,000, and in the medium-term, the digital asset’s trend remains gloomy. 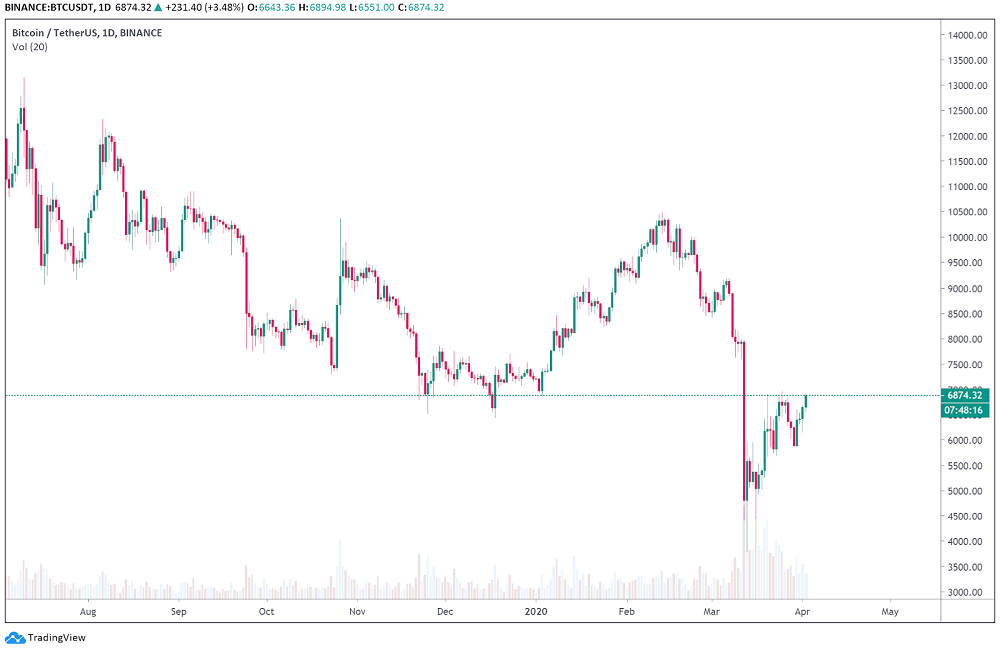 PentarhUdi, a well known technical analyst and trader who has deftly predicted multiple Bitcoin market cycles in the past, initially estimated that Bitcoin price would plunge from $10,500 to $5,800 in the first week of February.

On February 10, 2020, the trader explained that based on candlestick wicks, $10,500 was technically a lower low at a macro level and given that this level was a historically heavy resistance, a drop to $5,800 was highly probable.

Due to a significant selloff in the U.S. stock market and the worsening Coronavirus pandemic that has since swept across the U.S. and Europe, the price of Bitcoin over extended its downtrend and fell to $3,600 on crypto futures exchanges.

The fact that buyers quickly stepped in to buy the dip and pushed the price from $3,600 to $5,200 led PentarUdi to suggest that Bitcoin price is likely to rally to $8,500 over the short term.

PentarUdi stated: “This should bounce up from weekly sma 200 ($5,200) up to daily sma 200 ($8,500). Break up of the upper trend line invalidates this bearish count. I remind this is a hypothetical bearish outcome of previously published ideas.” As a note of caution, PentarhUdi warned that as a result of the current global financial panic, Bitcoin is still likely to fall below $3,000 after rebounding past $8,000.

$8.5K Then $3K — This Trader’s Bitcoin Price Call Is Playing Out, CoinTelegraph, Apr 3