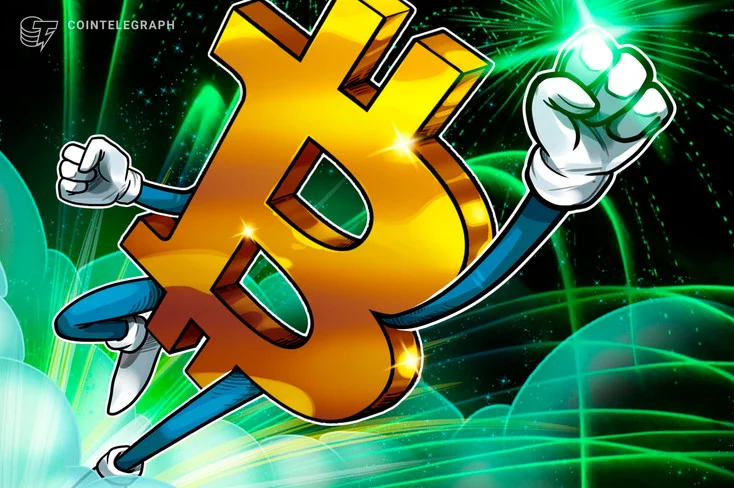 It seems investors are beginning to gain some confidence as the rate of novel coronavirus infections begins to slow down in Italy, Spain and China along with murmurs of additional financial stimulus packages from governments.

Bitcoin’s strong upside move pulled the price above the rising wedge trendline and through the $6,900 level which has functioned as a strong resistance since March 20. Earlier in the day, crypto trader Pentoshi pointed out that “BTC has now printed 3 consecutive $600 plus Mondays.” As shown by the 4-hour chart, the price stopped just short of reaching a higher high above $7,460, a point which marked the beginning of Bitcoin’s catastrophic 52.84% drop to $3,775 on March 12.

Since topping out at $7,454, the price has corrected slightly, dropping to $7,227. After an 8.83% daily move and a 95.85% move over the past month, it is completely natural that a retest of lower levels occurs as some traders take profits and former resistance levels are then tested as support.

On the daily timeframe, Bitcoin price has cleared the majority high volume VPVR node at $7,180-$7,429 but the price was halted right at the 50-day moving average. If the 50-DMA can be flipped to support then gains to the 200-DMA at $8,100 are likely but as suggested by Cointelegraph contributor filbfilb, overcoming $8,000 might not be as easy as a walk in the park.

The price now sits above the 50% Fibonacci retracement level and ($7,141) and turn the 50-MA ($7,487) to support would open the door for a shot at $8,000, which is also closely aligned with the 61.8% Fibonacci level. Usually, the 61.8% level acts as resistance when the price trades below in a prolonged downtrend and when Bitcoin is in a sustained uptrend, the level functions as support. Given the current positioning of the 100 and 200-day moving averages around $8,000, and the proximity of the 61.8% level, we can expect the $8K handle to be a point of contention.