Home › Daily Outlook › Bitcoin Cash collapsed by 81% in just one month: why is it plunging so rapidly?

Bitcoin Cash collapsed by 81% in just one month: why is it plunging so rapidly? 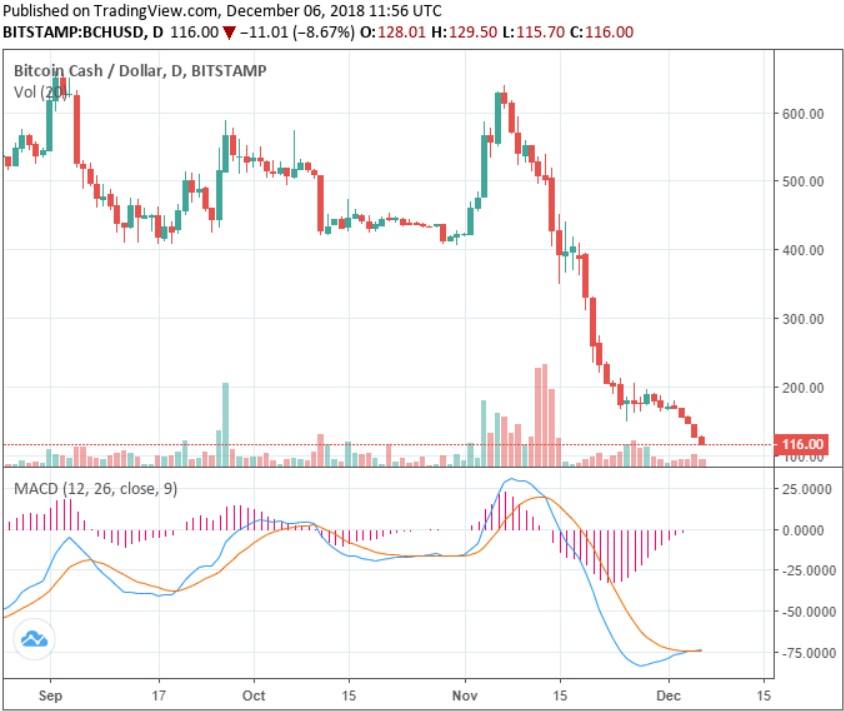 Since November 6, in exactly one month, the Bitcoin Cash price has dropped by 81.6 percent, from $638 to $117. Initially, in the first week of November, the price of Bitcoin Cash (BCH) had begun to rise as the anticipation towards a hard fork on November 15 increased. Because a contentious hard fork was expected and a split chain was likely to occur, investors started to accumulate the asset.

Following the hard fork, which occurred with an intense conflict between the BCH and BSV camps, the BSV side led by Craig Steven Wright, Coingeek, and billionaire Calvin Ayre continued to issue threats against Bitcoin Cash. It threatened to 51 percent attack Bitcoin Cash and to freeze the blockchain by spamming transactions. None of the threats were materialized, but they were enough to decrease the confidence of investors in the cryptocurrency market towards the short-term growth trend of both BCH and BSV.

Kraken, for instance, a major U.S.-based crypto-to-fiat exchange, announced that it simply cannot provide adequate custody of BSV and integrate the asset because of the attacks originating from the BSV camp. According to Peter Brandt, a prominent technical analyst, technical indicators of Bitcoin Cash portray a gloomy few months ahead for the asset. He said: “BCH with charts like this it is easy to believe that the vast majority of coins will end up worthless.”

Massively oversold conditions and market exhaustion could allow most of the cryptocurrencies in the space to recover in the upcoming months. But, the sheer intensity of the short-term decline in the value of BCH could create a difficult position for BCH to undergo any significant recovery to escape its low price range.