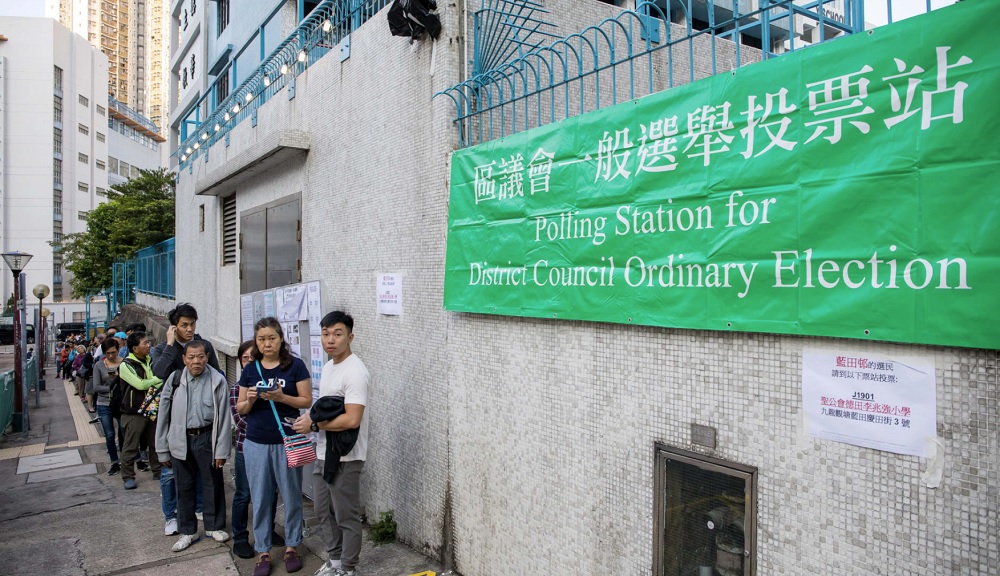 After Hong Kong’s pro-democracy candidates scored a landslide win in local elections, Chinese state media called the results “skewed” and a “setback” for the city’s drive for democracy. Pan-democrats in Hong Kong won almost 90% of 452 district council seats in Sunday’s elections — widely seen as a barometer of public sentiment after months of social unrest in the special administrative region. The results were also a stinging rebuke to Beijing-backed chief executive Carrie Lam and her administration.

“The result of Sunday’s district council election marks a setback for Hong Kong’s democratic development, as the results were skewed by the illegal activities of the opposition camp to the benefit of their candidates,” said China Daily in an editorial on Monday. “In the run up to Sunday’s voting, members of the opposition camp, particularly their young agitators, engaged in an all-out campaign to sabotage the campaign activities of pro-establishment candidates and intimidate their supporters from going to the ballot box,” added the English language newspaper.

The Global Times, a tabloid run by the ruling Communist Party flagship paper People’s Daily, said on Monday the election was “highly politicized amid the ongoing social unrest,” even as it sparked “reflection.” Beijing has not commented directly on the results of Hong Kong’s election although President Xi Jinping’s government has blamed foreign interference in its domestic affairs.