Home › Daily Outlook › Asian stocks on the eve of correction; EURUSD and GBPUSD cling to their levels

Asian stocks on the eve of correction; EURUSD and GBPUSD cling to their levels

Stocks The ECB alert tone and Fed comments on Wednesday did not lead to a weakening of stock indices. The US S&P 500 showed growth on Wednesday during the day, returning to the October highs. China A50 lost 1.8% as part of the correction after growth by almost 10% since the end of March. The US indices positive dynamics is a sign that the Chinese market correction will be local and short. Nevertheless, the technical analysis, in this case, is on the side of the bears, as China A50 returned from the overbought RSI, which is usually followed by a further downward impulse. 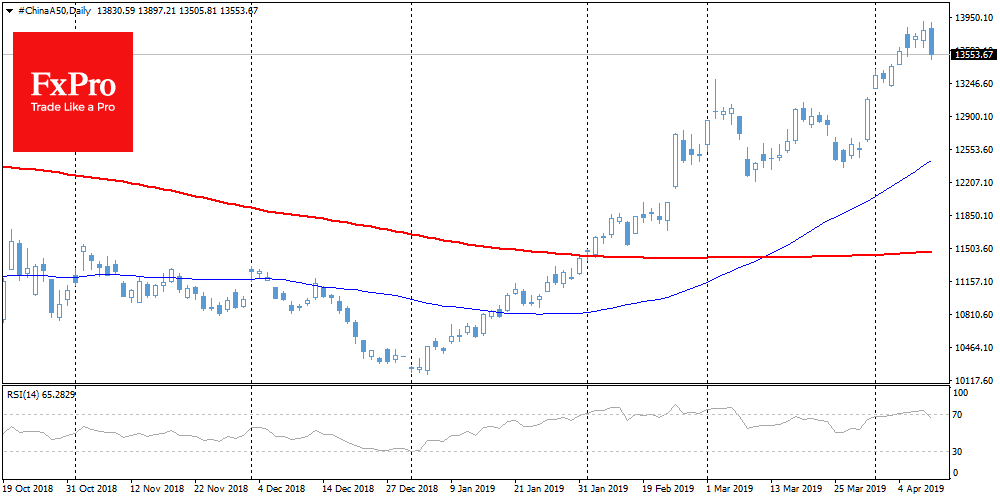 EURUSD Wednesday was difficult for EURUSD, but in the end, the pair returned to 1.1250, where it was held for the last three days. The ECB noted the persistence of downside risks to the economy, which caused the EUR sale and lowered the single currency to 1.1230 per dollar. But at the beginning of the US trading session, the single currency turned to growth and within a few hours offset the initial losses. For supporters of technical analysis, this was another sign that the pair receives strong support in the downturn to 1.1200. On Thursday, the single currency received a new impulse to decline after a revision of inflation and growth forecasts in the ECB. 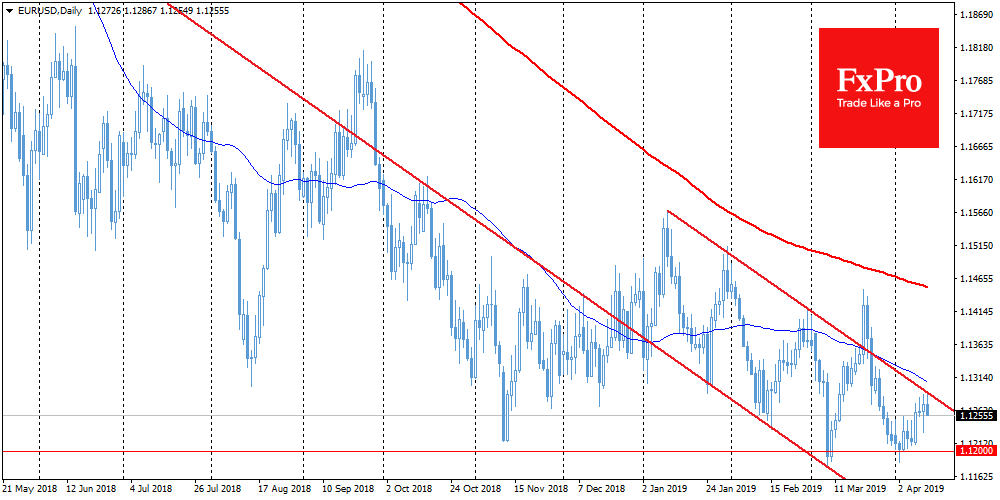 GBPUSD EU countries provided Britain with a six-month postponement of exit with the possibility of further shifting this date. Such an outcome was in line with the market participants expectations, despite the extremely militant rhetoric of EU politicians the day before. The GBPUSD pair failed to develop an attack above 1.3100, as May promised to try to quickly reach agreements with the opposition and get out long before the new deadline (October 31). 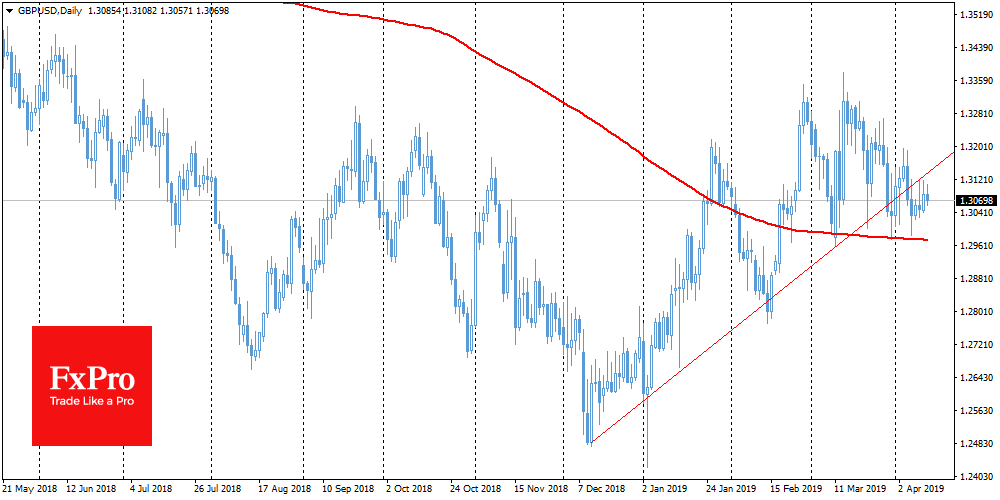 Bitcoin Bitcoin turned to decline. Since the beginning of the day, the first cryptocurrency lost more than 7%. The inability to develop growth and surpass resistance in the form of a 200-day moving average turned into the desire of some players to take profits from the last week rally. As a result, BTCUSD dropped to levels near 5,000, trying to catch to it as support. 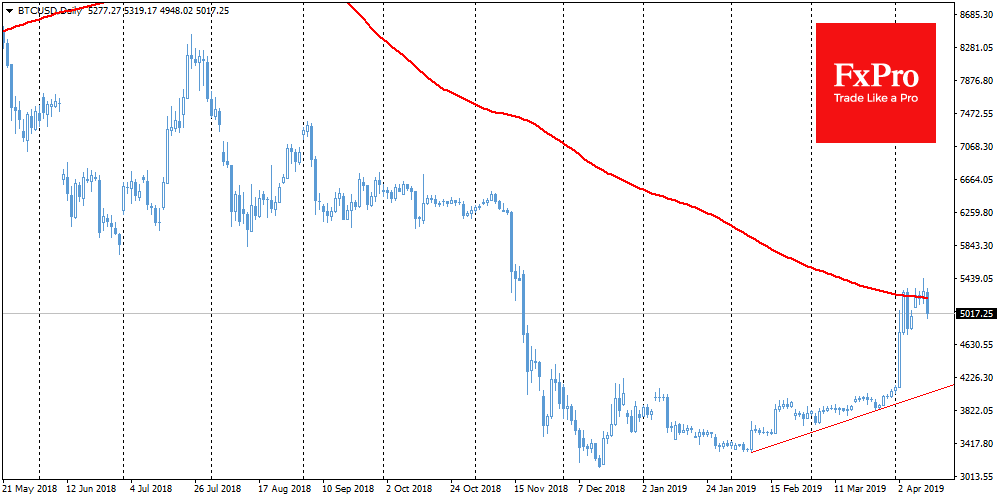