Most Asian shares made gains while U.S. stock futures fell on Tuesday amid choppy trade as a renewed decline in oil prices partially offset optimism about the easing of coronavirus-related restrictions.

Euro Stoxx 50 futures were up 0.11%, German DAX futures climbed 0.28%, and FTSE futures rose 0.27%, suggesting European shares could rise at the start of trade. Oil futures slumped after the largest U.S. oil exchange-traded fund said it would sell all its front-month crude contracts to avoid further losses as prices collapse due to concerns over weak demand, oversupply and a shortage of storage capacity. 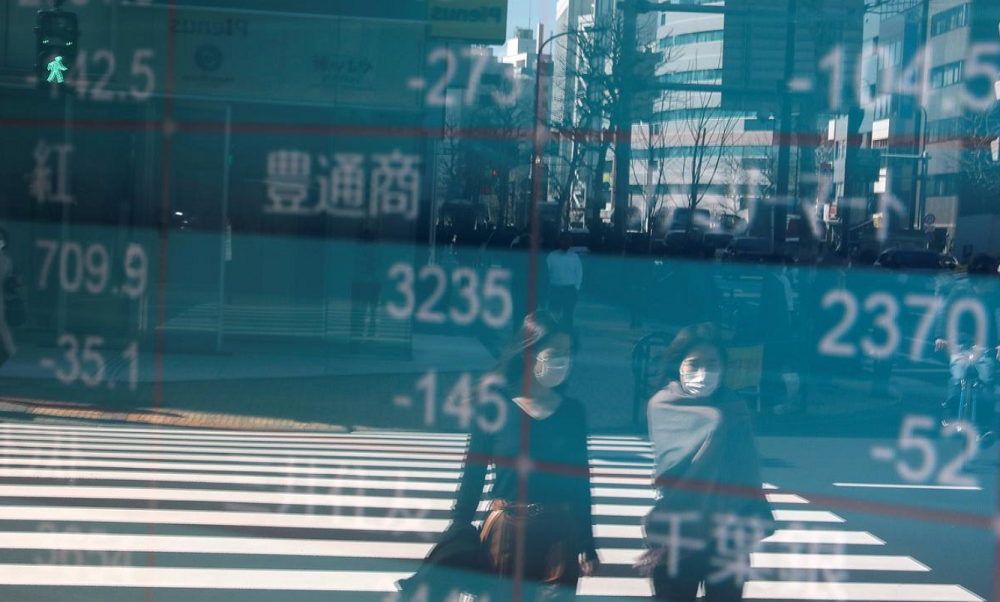 Shares of United States Oil Fund LP, the country’s largest crude ETF, fell more than 16% on Monday, after it said it would sell all of its front-month crude contracts to avoid a repeat of the heavy losses suffered last week. U.S. crude skidded 13.6% to $11.06 a barrel while Brent crude fell 4.4% to $19.11 per barrel.

As more countries allow businesses to re-open following lockdowns to contain coronavirus outbreaks, some investors are hoping the worst may be over for the world economy, but others remained cautious, especially as a vaccine has yet to be developed. From Italy to New Zealand, governments announced the easing of restrictions, while Britain said it was too early to relax them there. New York state is not expected to reopen for weeks.

The U.S. dollar and the euro were little changed as traders refrained from taking big positions before a U.S. Federal Reserve policy decision due on Wednesday and a European Central Bank (ECB) meeting on Thursday.

The Fed has already announced a raft of measures to cushion the blow to the economy from the coronavirus pandemic and the U.S. central bank is expected to stay on hold this week. The ECB is likely to extend its debt purchases to include junk bonds and provide a backstop for corporate financing.

Major central banks have responded to the economic slump caused by the coronavirus by slashing interest rates, buying more government debt, and taking steps to increase lending to small companies. The slide in oil prices knocked the Australian dollar off a six-week high of $0.6457. The Aussie is often traded as a proxy for risk because it has close links to global commodities and China’s economy. The New Zealand dollar also fell amid speculation the country’s central bank could cut interest rates into negative territory later this year.

Gold a safe-haven often bought during times of uncertainty, fell 1.25% to $1,697 per ounce. The precious metal weakened for a third consecutive trading session, signaling a recovery in risk appetite.