In recent days, the foreign exchange market has consistently points to a high level of concerns among investors. However, the stock market has had a short break in the form of a bounce. As it often happens, currency movements act as a more reliable barometer of sentiment, especially during the period of high uncertainty on the stock markets.

The stock indices rebound on Wednesday was accompanied only by the suspension of the Swiss franc and yen growth. Due to negative interest rates in the Eurozone, the single currency is also increasingly visible to investors during periods of sell-off of risk assets.

USDJPY dropped on Friday morning to 105.8, the low area since September 2018, where it was at the peak of fears of the consequences around trade wars. However, it is essential to pay attention to the dynamics, not to the absolute figures. In two weeks the pair lost 5.7% – the sharpest two-week decline since 2016. The confident dynamics below 105 causes us to consider the levels near 100 as the next stop for the pair. 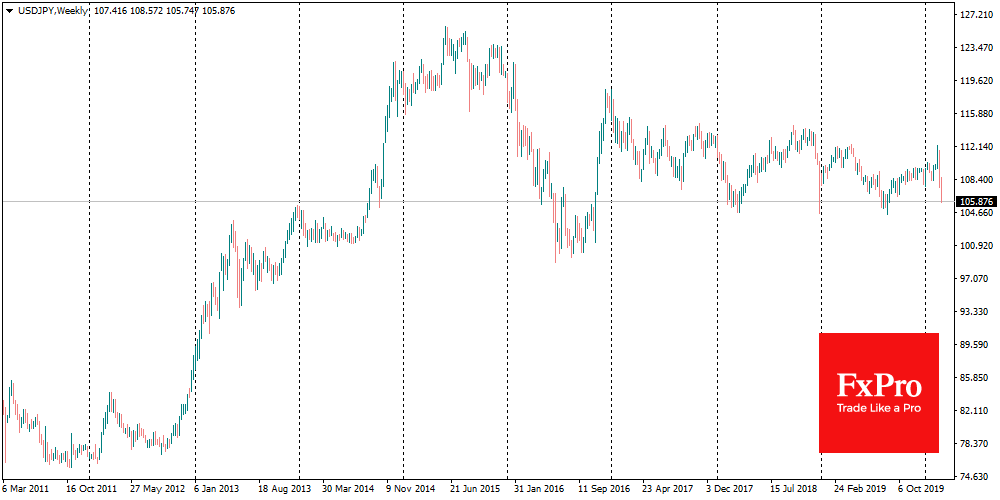 USDCHF shows even wilder fluctuations, falling in the area of 0.9440, where it was two years ago and now shows the most significant drop since the beginning of 2018. It should also be understood that the franc has entered the area of the minimum trading range of the last five years. Further demand for protective assets is quite likely to take the rate to the next level – in the support area of 2014 near 0.8700. 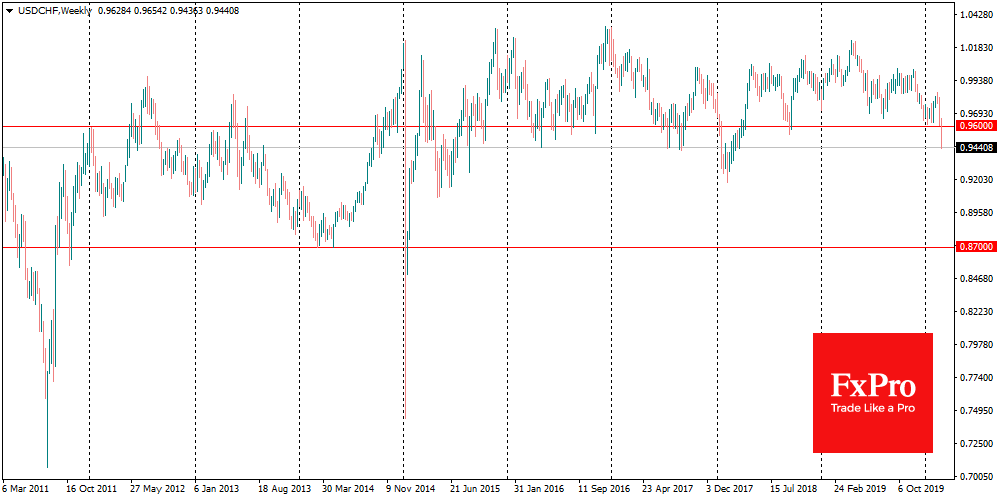 The single currency also passed a significant local level at 1.1200. With a sharp movement yesterday, the pair broke the resistance of the descending corridor and fixed above the 200 SMA. Despite the local overbought, such a sharp growth suggests that the euro is beginning a long growth trend against the USD. More precisely, it can be called a tendency for the dollar weakening against major currencies.

In the short term, demand for the yen, the franc and the euro, as safe-havens, means that demand for protective assets prevails against the background of liquidation of risk positions. It is a symptom of further market weakening in the coming days. From a longer-term perspective, a weak dollar will sooner or later turn the markets towards growth. In our case, we should say that the situation will worsen first, and only then will correct. 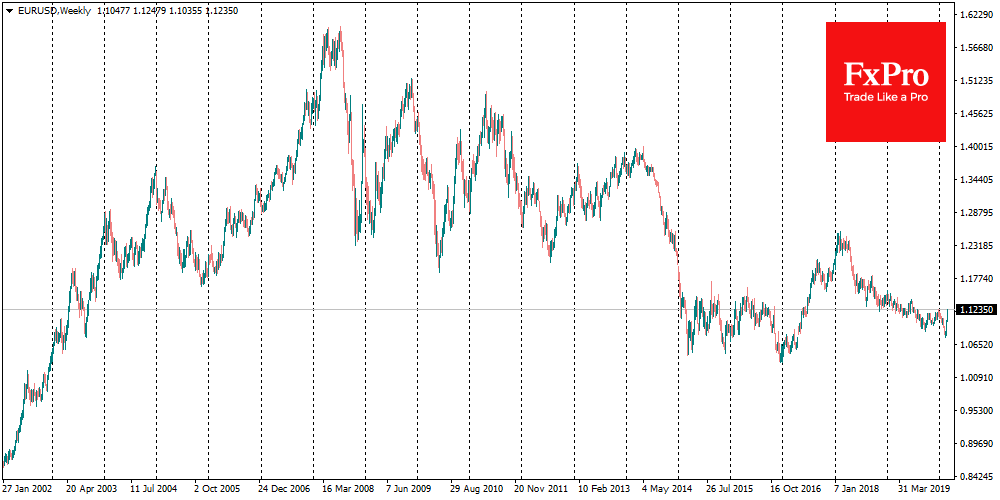 If the actions of the U.S. authorities are active enough, it will allow avoiding the bearish market in stocks, keeping the current decline within the correction zone. For the USD, however, such a policy may become a turning point, interrupting its growth in recent years, with the same dynamics as was in 2002-2008, when there was a multi-year weakening of the USD with short breaks.