Rise in unemployment Many economists have warned that lockdown measures around the world will accelerate job losses — that’s already showing up in unemployment numbers in several economies. In the U.S., the world’s largest economy, more than 26 million jobs were lost over the last five weeks. The country’s unemployment rate of 4.4% in March was the highest since August 2017, according to the Bureau of Labor Statistics. 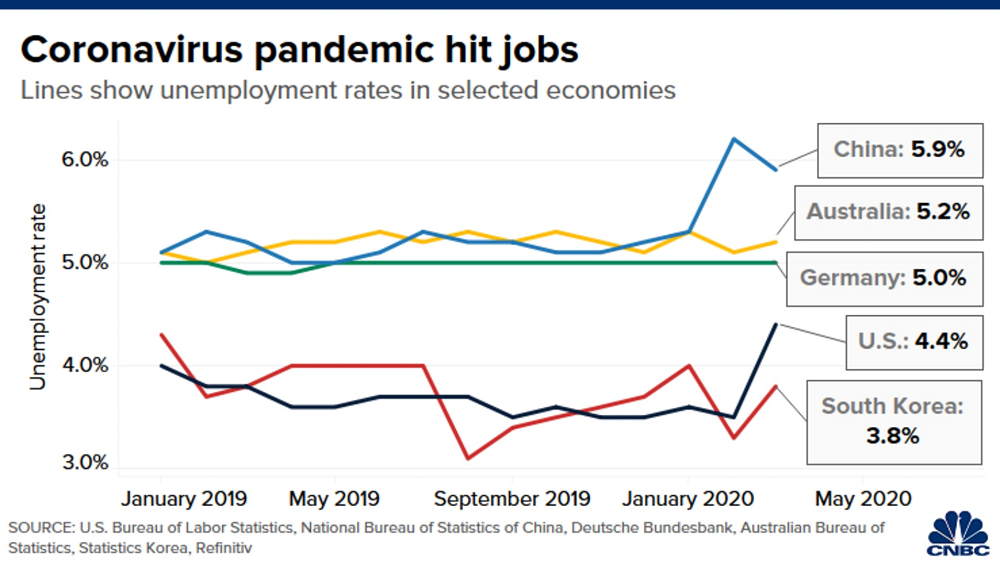 Services industry hit hard The services industry is a major source of growth and employment for many countries, including the U.S. and China — two of the world’s largest economies and consumer markets. But both countries reported sharp declines in retail sales as lockdown measures during the pandemic forced many stores to shut and kept consumers at home. A surge in online sales reported by some retailers, such as Amazon, failed to stem the overall fall. 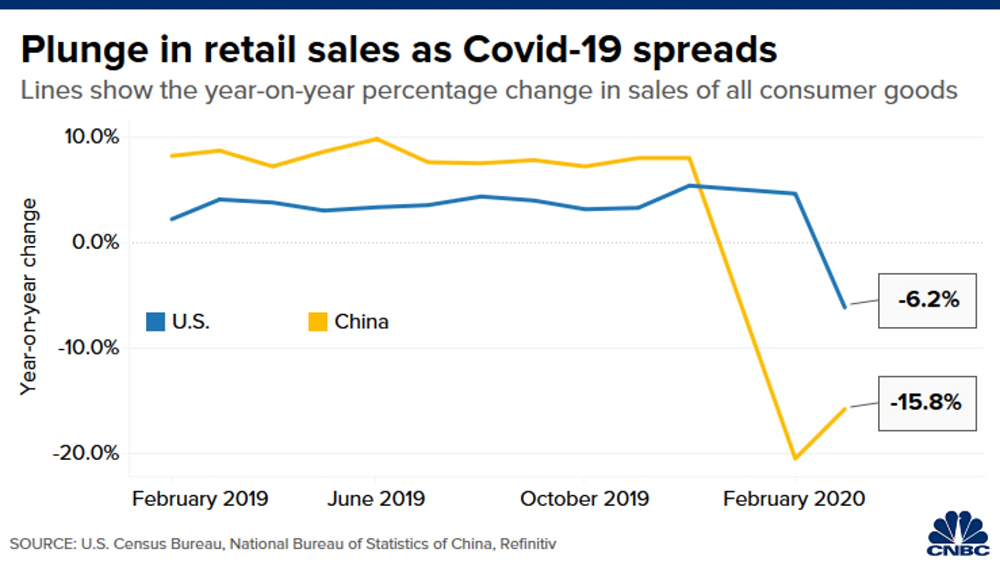 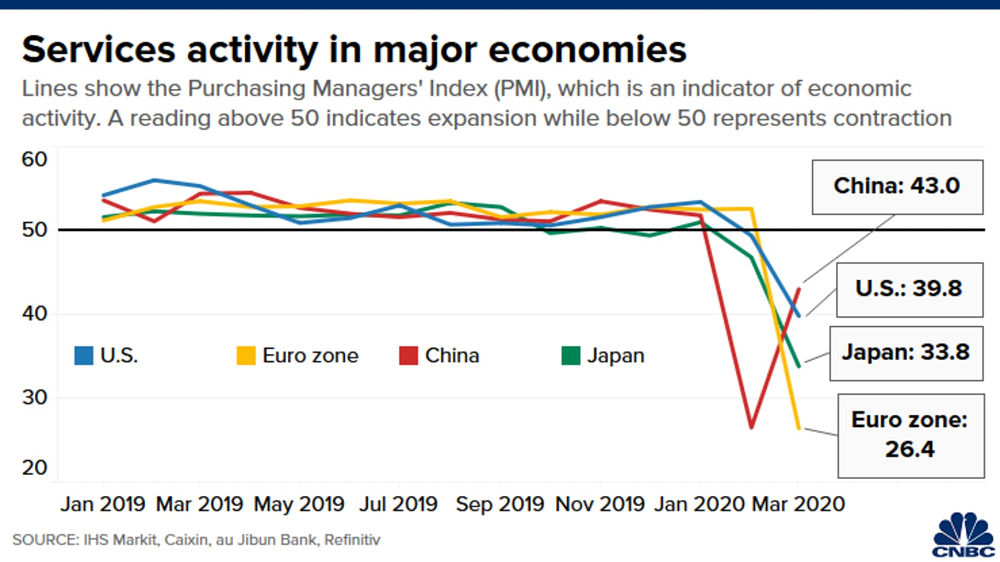 Slump in manufacturing activity Manufacturers, already weighed down by the U.S.-China trade war in the last two years, have once again come under pressure as the coronavirus spreads around the world. 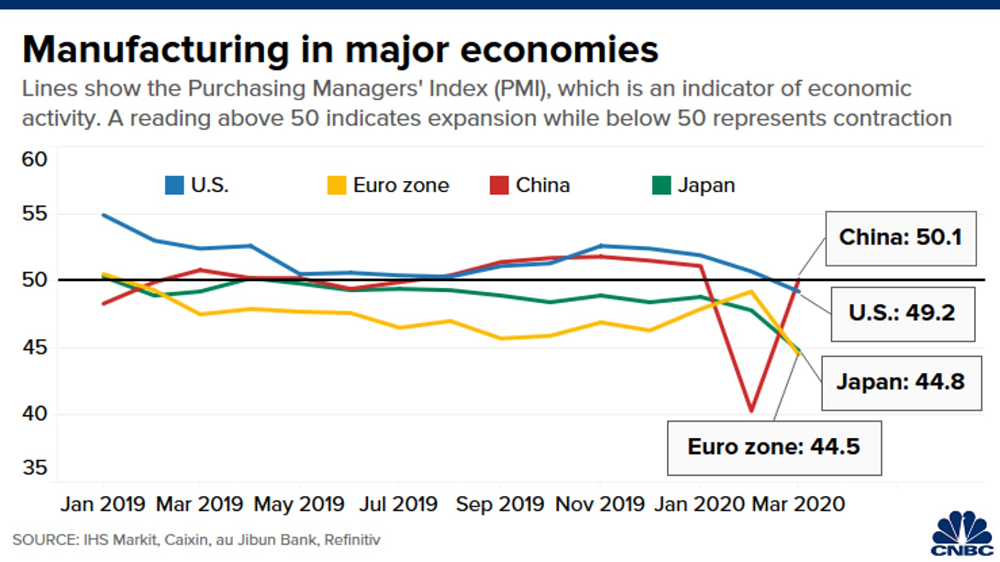 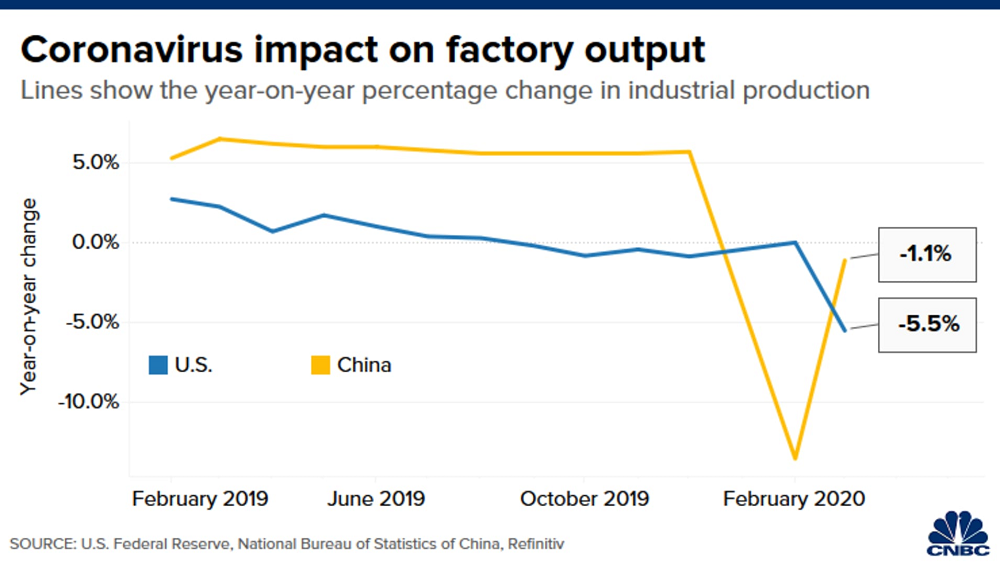 Another bad year for trade Global trade, which was already slowing in 2019, is expected to be weighed down further this year. The World Trade Organization, in its latest forecast this month, said global trade volume could plummet by 12.9% or 31.9% this year — depending on the trajectory of the global economy. “Under both scenarios, all regions will suffer double-digit declines in exports and imports in 2020,” the WTO said. 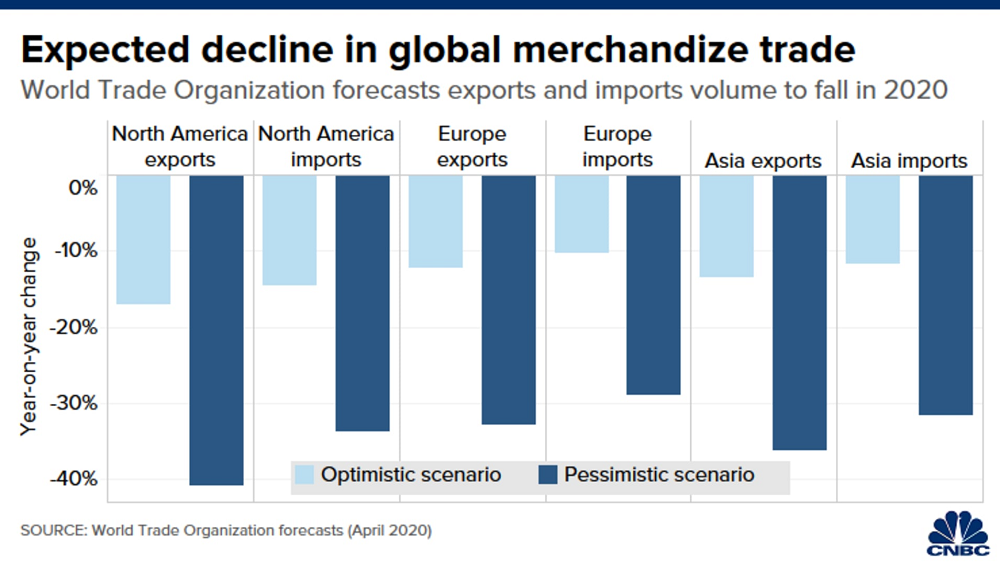 Global economy to shrink in 2020 The coronavirus pandemic’s hit to economic activity has led many institutions to slash their forecasts for the global economy. The International Monetary Fund, whose assessment of the economy is widely followed, expects the global economy to shrink by 3% this year. Only a handful of economies — such as China and India — are expected to grow in 2020, IMF said. While the fund has penciled in a rebound of 5.8% growth next year, it said that recovery is “only partial as the level of economic activity is projected to remain below the level we had projected for 2021, before the virus hit.” 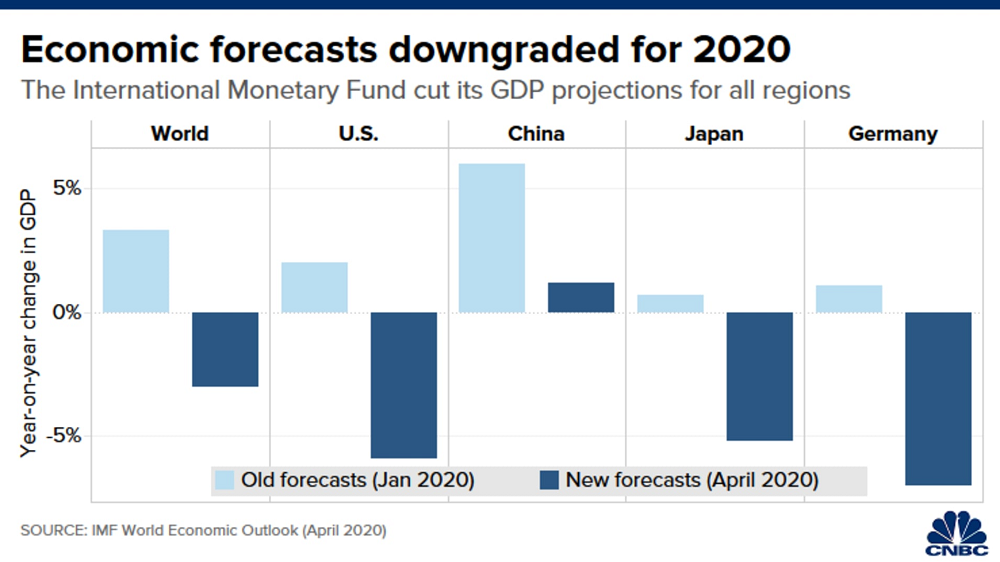 7 charts show how the coronavirus pandemic has hit the global economy, CNBC, Apr 24