The volatility of the Crude has oil returned to the focus of the markets in 2018. Until October, it maintained the trend for growth. In the first half of the year there were restrictions of OPEC + output, and growth of production in the USA did not compensate growth of consumption.

In June, the restrictions were lifted, and the United States continued to set its own production records.

FxPro analyst said that in October-November the struggle for superiority in volumes between the USA, Russia and Saudi Arabia has escalated. This did not prevent the growth of prices, while it was expected a sharp decline in production in Iran due to the US sanctions, which came into force in November.

Later, a sale on global stock markets and signs of cooling of world growth were added to pressure factors. As a result, Brent ends the year near $50, losing 40% of peak levels from the end of September. 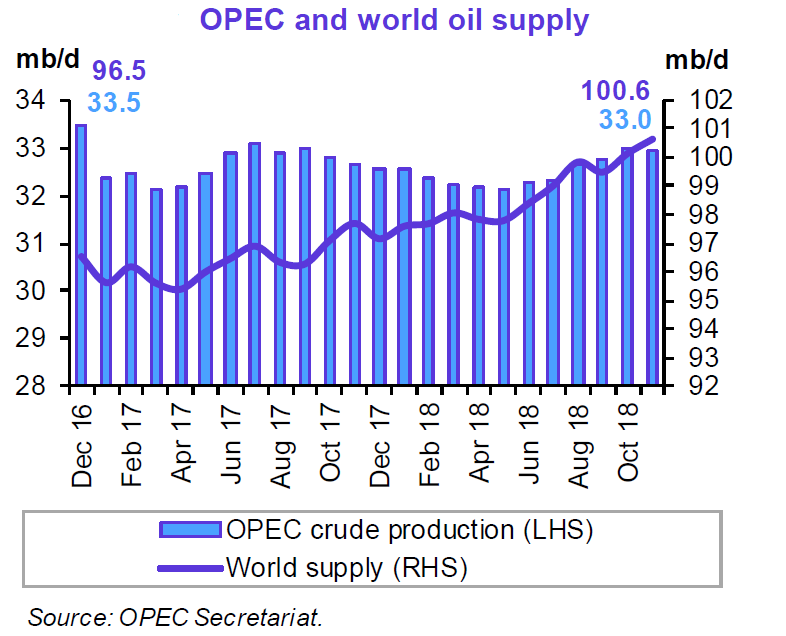