German ZEW economic sentiment index declined from 63.4 to 59.3 and came out worse than expected (60.1). Assessment of the current situation improves dramatically slowly, moving the respective index from -83.1 to -80.9 instead of the forecasted -65. But this did not have a noticeable effect on the euro.

Probably, purchases by the SNB again support the demand for a single currency. The pair EURCHF last week turned to growth after touching the level of 1.06. At the height of the sale on the American market, it rose to 1.07, and then its move loses the steam.

Since the start of trading in Europe, the EURCHF pair has again demonstrated methodical growth. This contradicts the general market trend of a shift to defensive, which makes us suspect that the SNB is behind the weakening of the franc. The previous EURCHF growth impulse started on May 18 from the level of 1.05 and stopped only after touching the levels above 1.09. It seems that now the start of purchases has moved higher, probably due to a weaker dollar. 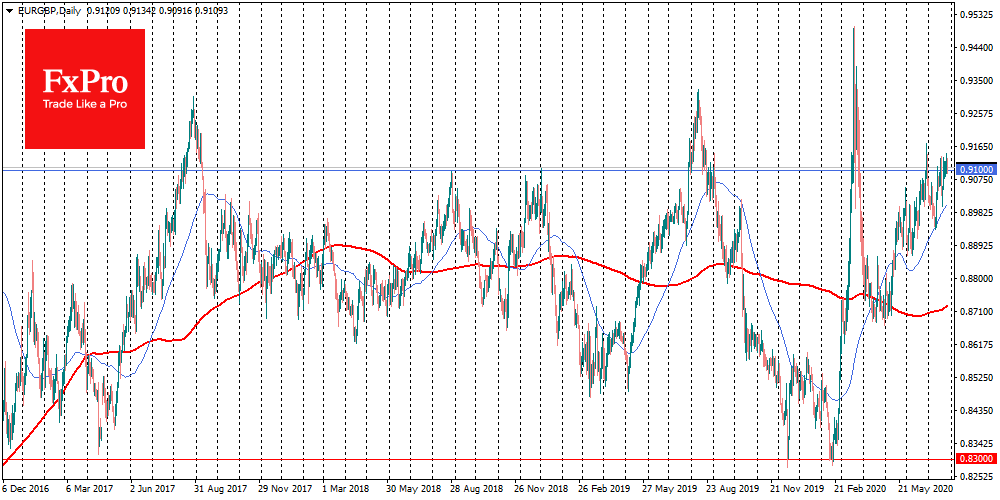 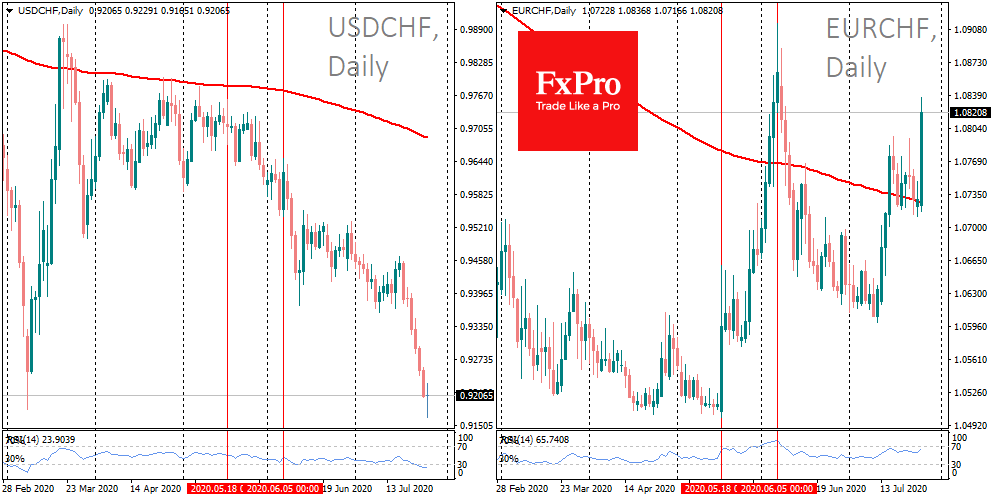