The ADP employment data for September showed an increase of 749K private employments, better than the forecasted 650K. Most of this growth above expectations should be attributed to the lower expectations after three months of a significant undershoot. We should not forget to look at the bigger picture: after five months of growth, employment is 10.5 million people below its peak in February as the labour market has recovered just over half of the losses incurred during the lockdown in March and April.

Futures on equity indices moved slightly up, while the dollar index declined somewhat on the publication of this data. Formally, it can support interest in risk assets but still, it should be noted that in recent months the ADP and the official release of the NFP have widely differed, which has severely reduced the value of the former, leaving some murkiness before Friday’s data. 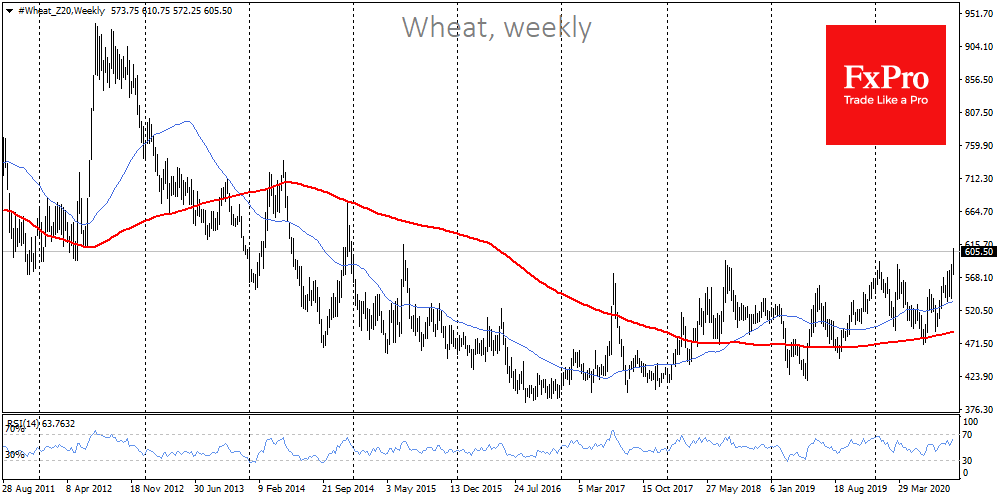 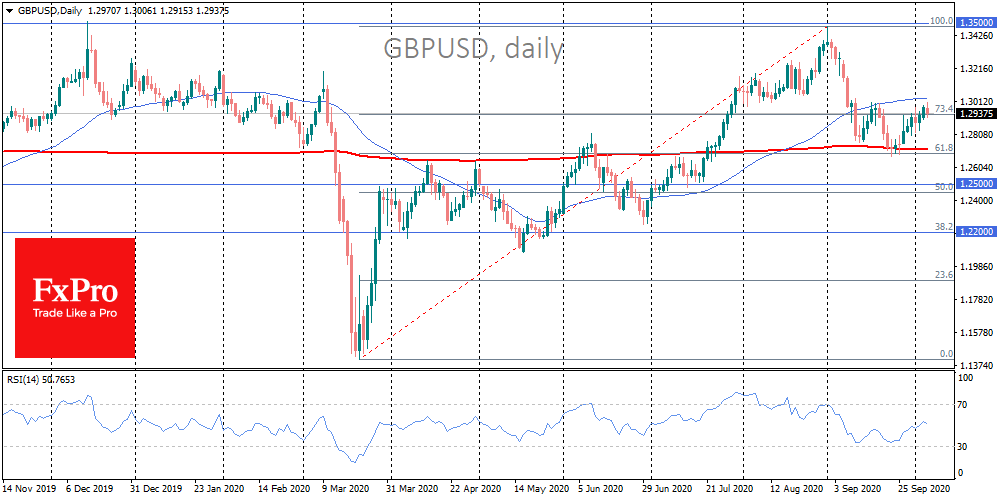 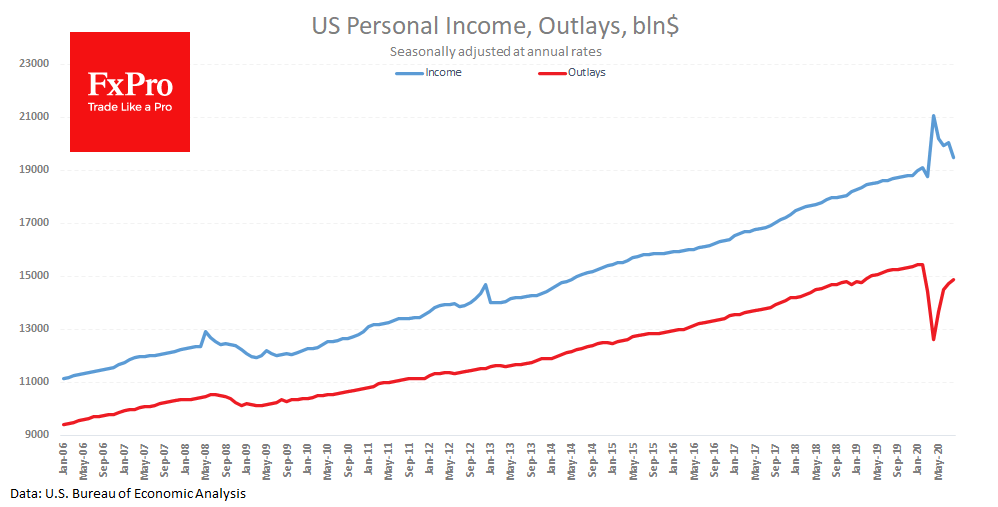 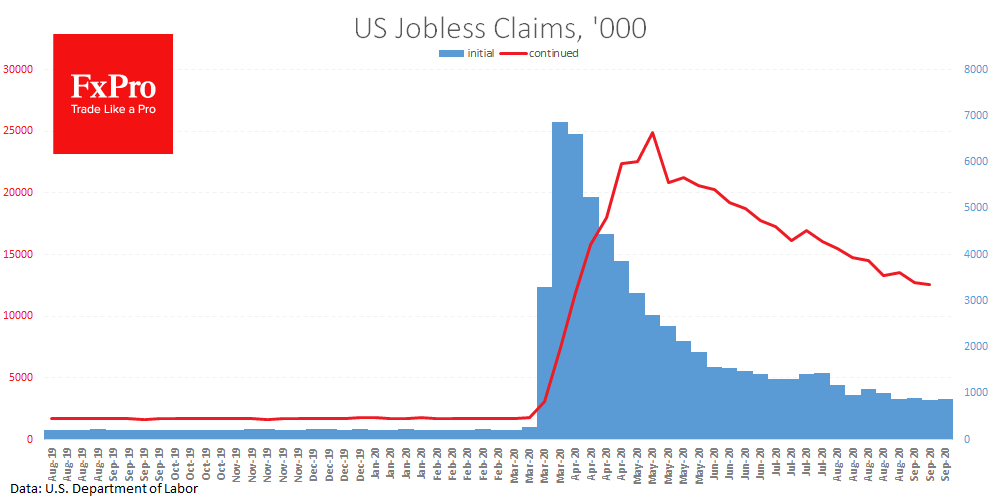