The crypto market has set several historic lows in recent days, demonstrating the fragility and naivety of its historical patterns. In a 37% drop, Bitcoin closed below its 200-week moving average for the first time. Not only did we not see a rebound in retail action over the weekend, but an intensified sell-off sent the exchange rate below 2017 peak levels at $19.6K. At one point on Saturday, the price was down to $17.6K, disproving the idea that you can’t lose money owning Bitcoin for over four years.

The crypto market mostly added on Sunday, with BTCUSD trading at $20K at the start of the day on Monday. Ethereum lost 20.5% in seven days. After bottoming at $900 on Saturday night, the second cryptocurrency has now settled near $1070.

An essential characteristic of the crypto market was that altcoins were sidelined. Except for BNB (-12% for the week), we note either flat movements (XRP, Doge) or strengthening (Solana, Polkadot). The Bitcoin dominance index fell from 3.5% to 43.5% over the same period due to Bitcoin’s outperformance.

The Cryptocurrency Fear and Greed Index dropped 8 points for the week to 6 and continues to be in a state of “extreme fear”. By Monday, it had climbed to 9 due to positive coin movements the day before.

Bitcoin last week posted its highest decline since March 2020 on the back of a continuing fall in stock indices and a higher-than-expected US Federal Reserve key rate hike. At the weekend, BTC broke through the previous market cycle high of $20,000, which has never happened before.

The US has investigated the suspension of withdrawals by crypto lending platform Celsius. Experts say the bankruptcy of Celsius is almost inevitable.

The collapse in the cryptocurrency market will have a cleansing effect, and breakthrough projects launched during a bear market “will always succeed”, billionaire Mark Cuban said. Galaxy Digital CEO Mike Novogratz believes the cryptocurrency market recovery could take a long time and will depend heavily on the US Federal Reserve’s actions. He thinks the market will begin to grow after the Fed raises rates. 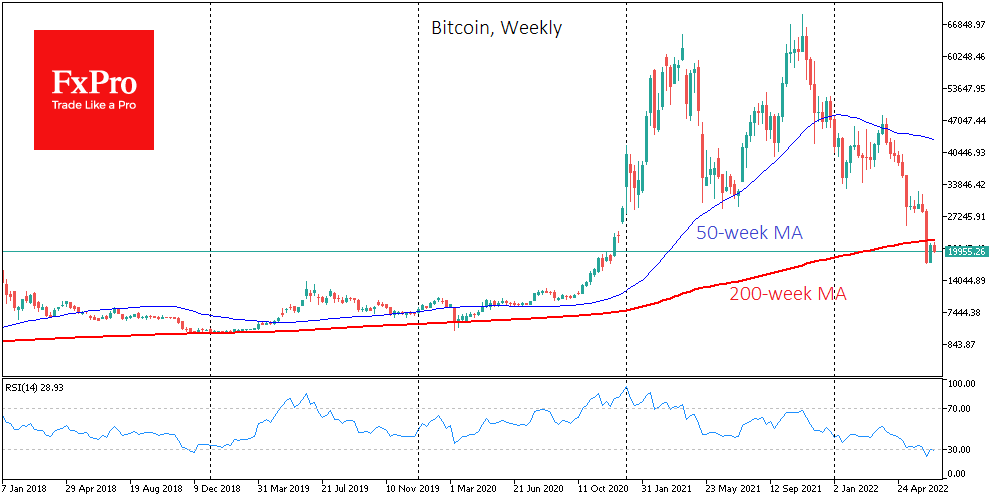 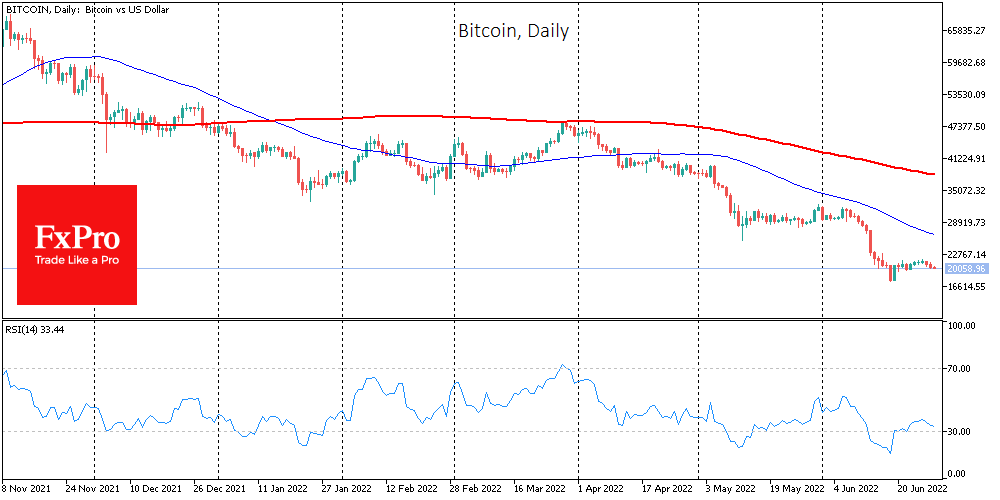