On bitcoin’s daily charts, the RSI index remains in the lower half of the scale, at 45. The 50-day moving average is now at $60.7K and the 200-day at $48.2K, both moving horizontally. On balance, this means that Bitcoin is in a medium-term decline phase but is still on a long-term bull phase.

Locally, a steady sequence of lower highs and lower lows has been forming in Bitcoin since 17 November. The intraday charts clearly show BTCUSD bouncing back from increasingly lower levels. And this is a serious reason to think about selling by the big players.

The cryptocurrency Fear and Greed Index lost one point, declined to 32. The market failed to pick up the pace of the recovery and use fear as a reason to buy because of the negative stock market dynamics. Players rushed to lock in some of the profits in those coins that had been rising ahead of the recent gains. As a result, ETHUSD lost 4% over 24 hours, Binance Coin -1.4% and Polkadot -5.6%.

Despite the latest downtick, the cryptocurrency market continues to distance itself from the situation in traditional financials without going into a deeper profit correction mode. The local downtrend in BTCUSD, if not accelerated in the coming days, promises to be a sign of a healthy maturation of the market without hurting it.

Cryptocurrency investors are becoming more sophisticated, viewing the sector as a business rather than a capital-savings vehicle or casino, where a bet played can multiply an investment. 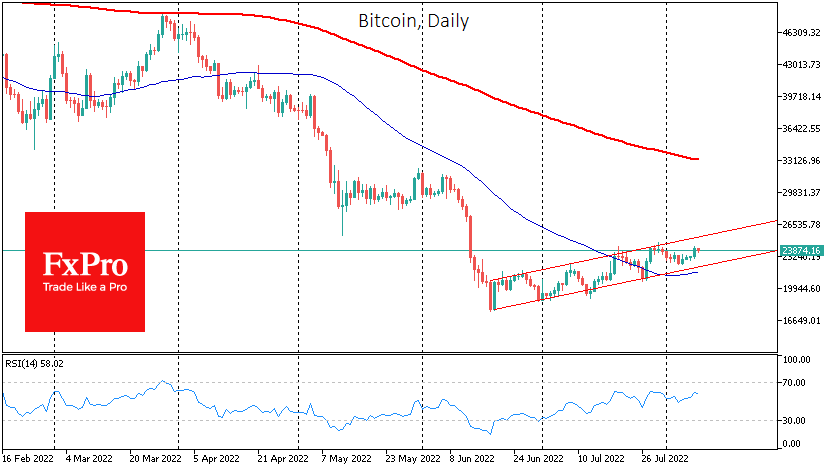