Bitcoin try to stick to the vital level

Bitcoin continues to form a flat trend. Over the last 24 hours, the benchmark cryptocurrency has shown zero dynamics and changed hands at around $9,100. The asset defended near the occupied levels in anticipation of further triggers. According to CoinMarketCap, the daily trading volume is about $25 billion. These levels are average for this time, whereas such trading volumes witnessed at the peak of the crypto market agiotage with twice higher price in 2017.

Market participants are gradually analysing the jump in the price of Bitcoin and altcoins. Among the main reasons are Chinese blockchain, pressure on Libra and Gram, reaching lows, and manipulation. 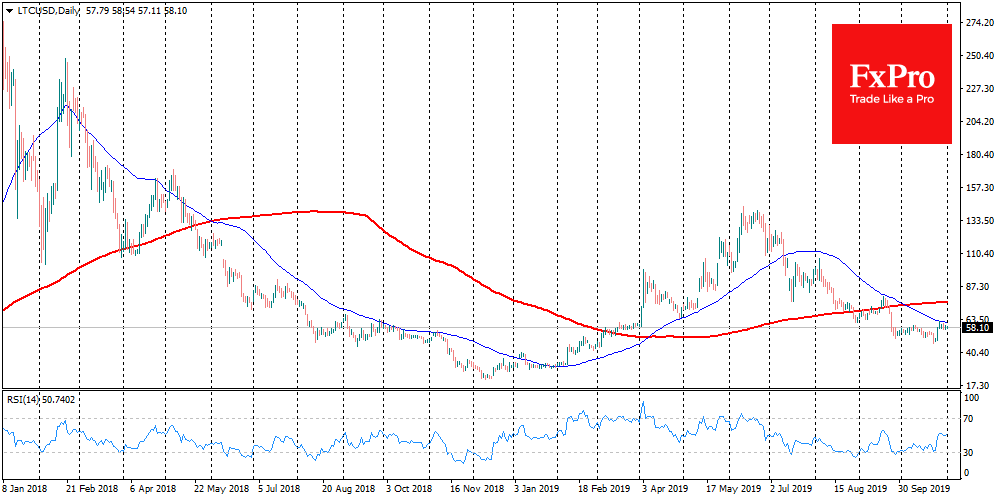 Most likely, it is manipulation that is the main reason for the consecutive decline, and then a sharp growth. After all, there were no special reasons for either of them. From this point of view, it may be more profitable for the manipulators to swing the market upwards on the approach of halving.

Litecoin (LTC) began to attract buyers in December 2018, when the rest of the market was in a crypto-coma state. That is, the growth started nine months before halving, but reached its maximum in 6.5 months, before the next correction. By the time the event approached in August, the halving had no significant impact on the LTC rate. 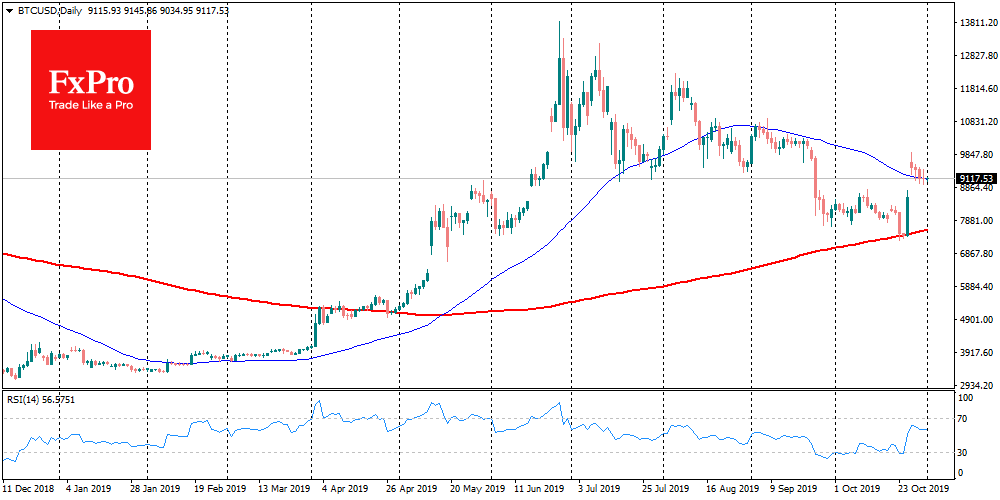 On the part of the tech analysis, which often allows us to take an unbiased look at the market dynamics, the “work” of the critical moving averages draws attention to itself. The 200-day moving average turned out to be an impregnable bastion for bears at the end of last week, after which the buyers came into play. In recent days, the rate has been “clung” to the 50-day average – a less important, but more timely trend indicator.

The chart clearly shows how BTCUSD got support on the intraday declines under this line. In the traditional markets, such dynamics is evidence of interest in buying on the downturns. However, in the case of the crypto market, the support on the way to the MA200 and MA50 may be what large players want to inspire small investors, not the actual state of affairs, again bringing us back to the question of possible manipulations.

On October 31, Bitcoin celebrated the 11th anniversary of its white paper publication, and since the beginning of the first trading, the benchmark cryptocurrency has grown by 3 million per cent. The personality of the creator has not been solved; the promised many times death of the BTC has not happened, the unambiguous attitude to the asset has not been formed. In 2017, the growth of Bitcoin often compared to the dot-com bubble or tulip fever, but after the bubble collapse, the asset did not disappear from the horizon. The attitude towards the asset often borders on a mad rush, which is bound to benefit big businesses.