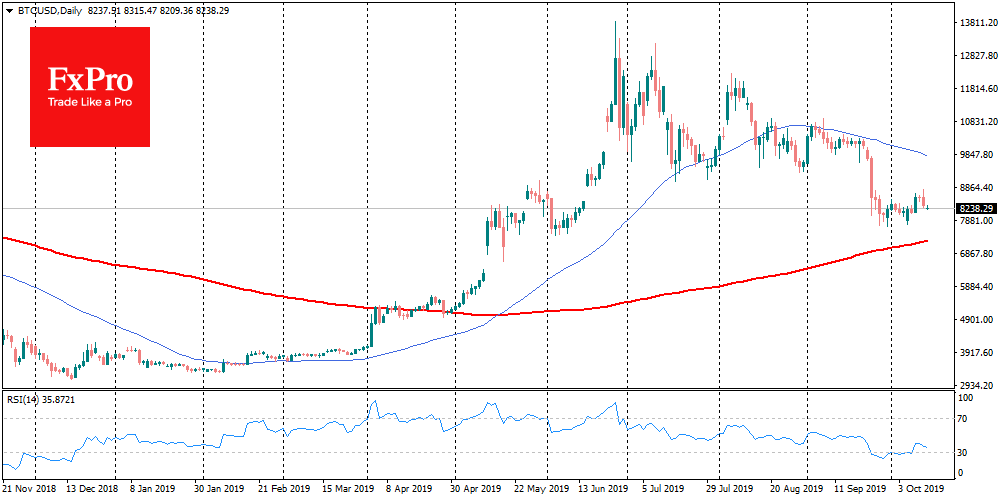 Bitcoin attempts to reach the $8,700 level at the end of last week were unsuccessful. At the beginning of the new working week, the BTC pushed back to $8,300, and so far, the market participants are struggling to define the direction for the future price dynamics. Bitcoin has shown zero dynamics over the past 24 hours. TOP-10 altcoins demonstrate moderate growth dynamics by 1-5%.

The next shock for the cryptocurrency market was the news about the SEC ban on the distribution of GRAM tokens among American investors.

Everybody understood that with such a fierce reaction to Libra, Telegram blockchain also would face severe trials. The SEC believes that GRAM digital coins are securities. It is worth noting that the Americans have invested almost half a billion dollars in ICO.

One of the solutions may be delaying the launch, and such an event can hardly have a positive impact on the general market sentiment. Once again, we are witnessing that regulators react instantly when compelling crypto project is about ready to launch.