Bit-comment: Promising side way dynamic for the BTC 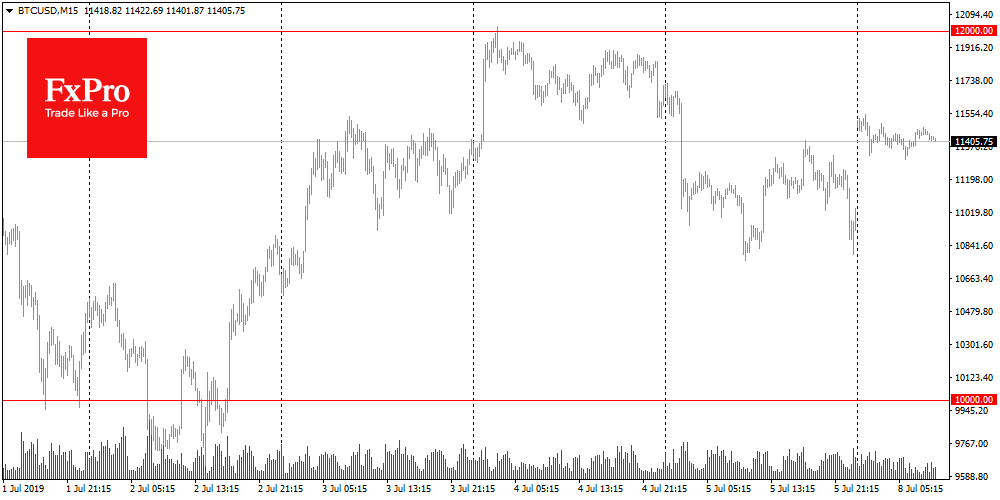 The weekend did not become for Bitcoin the starting point for large-scale dynamics in either direction. By Monday morning, the benchmark cryptocurrency adds 2% over the last 24 hours and trades around $11,500. It should be noted that such a dynamic can be considered as excellent news for Bitcoin. Consolidating around previously reached levels looks like the best scenario after an impressive rally in previous months, and after a period of lull, buyers can re-activate.

In the meantime, BTC is demonstrating a decline in trading volumes to $19 billion, with a clear sideways price trend. While speculators are trying to extract the maximum benefit from Bitcoin’s volatility, it seems that Darknet is one of the few fundamental forces supporting BTC. Chainalysis estimated that since the beginning of 2019, Darknet has made for BTC around $500 million in purchases. Paradoxically and sadly it may sound, but the shadow segment of the Internet is still the fundamental force supporting the benchmark cryptocurrency, being a real means of making payments.