Home › Crypto Review › Bit-comment: new side trend for Bitcoin is not in the cards

Bit-comment: new side trend for Bitcoin is not in the cards 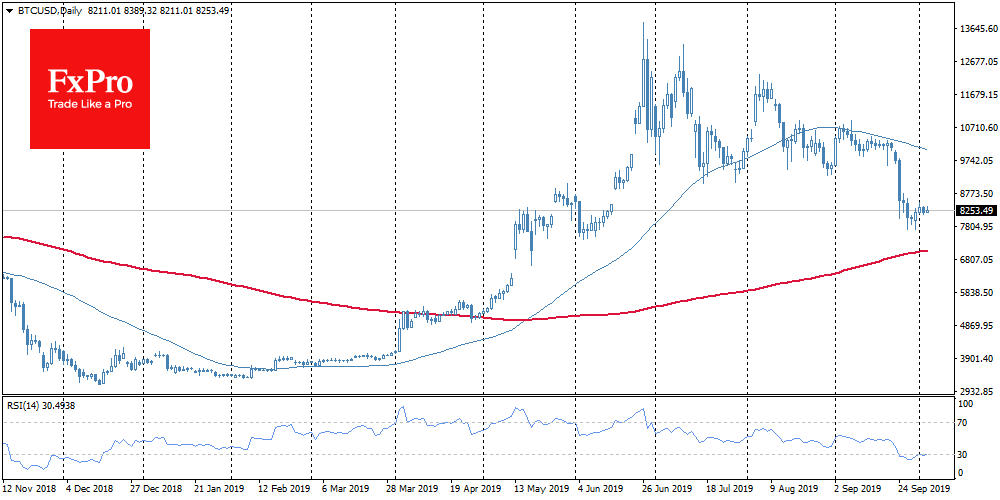 After a rebound above $8,500 and a subsequent minor correction, Bitcoin is traded on Thursday morning at around $8,300. Since October 1, the benchmark cryptocurrency has been trying to form a side trend. Now the investors’ sentiment will be influenced by the ability of BTC to develop growth towards $9K. If the price rebound does not develop in the coming days, we can see a new wave of sell-off.

If we remember the cyclicality of the price dynamics of any assets, as well as the fact that at the moment we can see a regression of price highs of Bitcoin and altcoins, we can assume that $14K was the new high. After reaching the highs, the market will inevitably turn into a bearish phase after a relatively long sideways trend and confusion of market participants, which often turn into temporary bounces upwards, but under the pressure of reality, the asset still goes down.