Bit-comment: long sideways trend ended with the collapse of the crypto 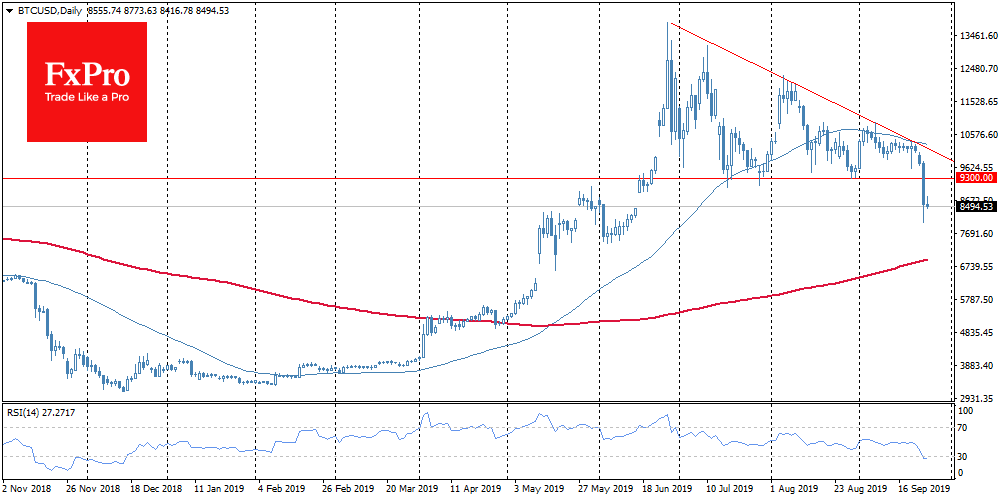 The long sideways trend ended with the collapse of the crypto market again. During the day, Bitcoin collapsed by almost 18%, touching the level below $8K. Then the benchmark cryptocurrency was bought back to $8,500. Altcoins are going through a bloodbath at all. Bitcoin Cash, for example, loses more than 22% in a day, Litecoin more than 15%. The return of faith in altcoins does not go smoothly.

Bitcoin crash is associated with the “buy rumours, sell facts” approach in the context of the launch of Bakkt’s delivery futures. In addition, just before the launch of the platform, the hash rate in the Bitcoin network collapsed by 30%. Some associate this with the shutdown of mining companies in Kyrgyzstan and Kazakhstan.

In the first case, due to power cut-off by the authorities, in the second case, due to blackout. In addition, there are versions that such dramatic events unfolded due to the fact that investors did not see the massive growth of Bitcoin after the launch of Bakkt and realized that the price is too high, and then began to get rid of the asset. The reasons will be analyzed, but with the greatest probability, all the factors were in the game at once. One thing is for sure: the total capitalization of the crypto market dropped by $35 billion in a day.