Bit-comment: Crypto market received some buyers support after another dip

Bitcoin declined to $7600 on Wednesday morning, where it received some buyers support, as a result, the benchmark cryptocurrency traded above $7,800 by the time of writing. So far, the crypto market price dynamics is pretty tightly following technical analysis.

RSI on the daily charts is worrying, as the indicator dropped to levels near 50. At the end of March and at the end of April, the market was supported by new purchases near these levels. However, usually, a decline in the RSI below 70 is a signal that the growth momentum is lost and a further decline should be expected.

However, so far the waves of corrections rather strongly activate new buyers, which significantly reduces the degree of bears pessimism. Speculators began to quickly lose their pressure impulse, as the whole market braced for new BTC highs. 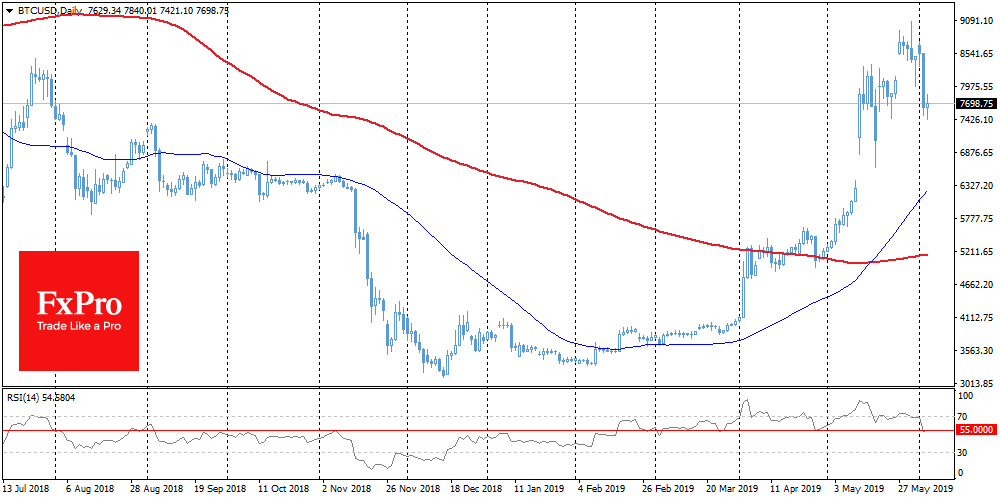