Bit-comment: Cruel turnaround of the cryptomarket 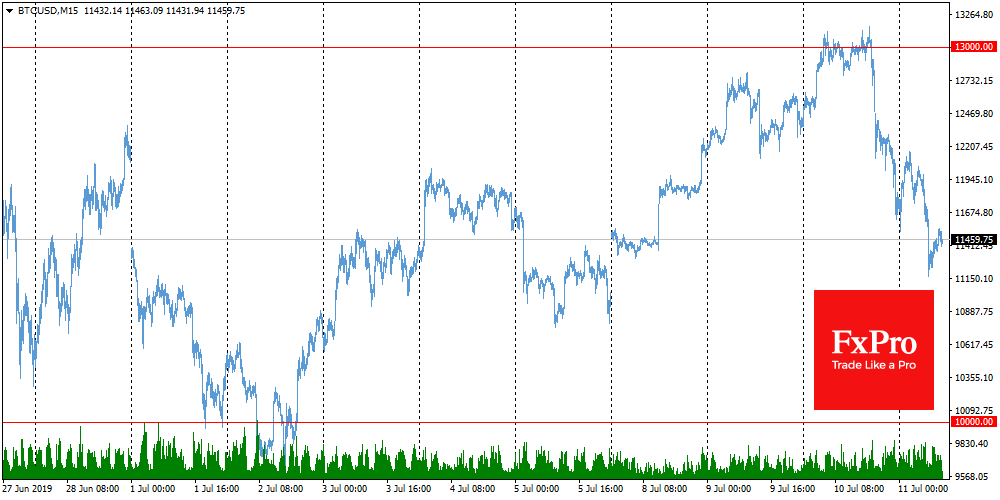 Bitcoin dropped by almost 12% over the past 24 hours and is trading at around $11,500, after unsuccessful attempts to gain a foothold above $13K. During the day, the total capitalization of the cryptocurrency market declined by $44 billion. Confident optimism sharply turned into a bloodbath. Altcoins did not support yesterday’s growth of BTC, being moderately in the red zone, instead, they preferred to completely duplicate the decline and even more, for example, Bitcoin Cash (BCH) loses almost 19%, EOS drops by 21%. From July 9 to 11, Binance cold wallet was credited with more than 100,000 BTC (almost $ 1.2 billion at the current exchange rate), which is a great deal even for the largest crypto exchange and may indicate the movement of large assets for sale, which may be one of the alleged reasons for market drop. One thing is for sure: corrections are expected, given the impressive growth of Bitcoin over the past months, such dynamics may well even heal the market and strengthen its position in the future.