Bitcoin and the entire altcoin market continue to decline. Over the past 24 hours, the benchmark cryptocurrency lost 3% and changed hands near $6,700. Negative sentiment on the cryptocurrency market is growing, although the participants still hope for stabilisation near $6,500. The current price dynamic is associated with the sale of bitcoins by the Chinese scammer project PlusToken. 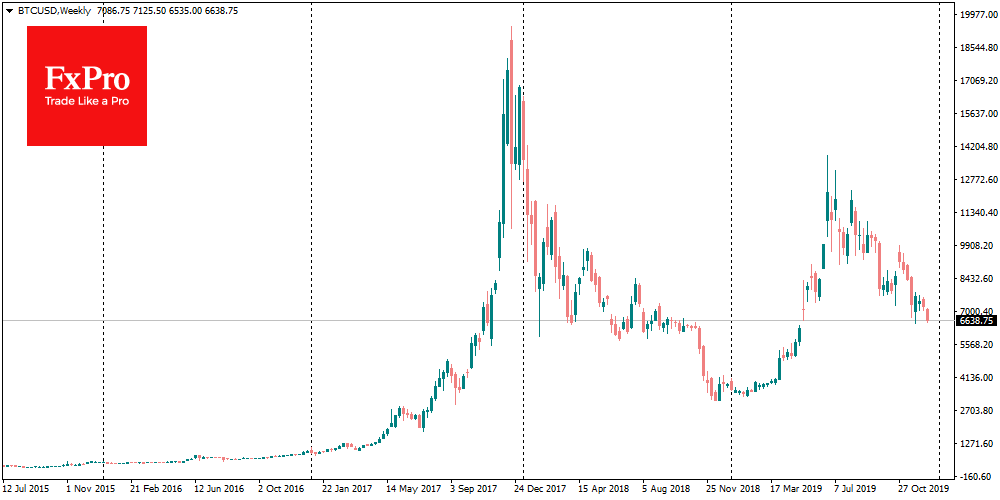 Fraudsters managed to attract $2 billion, and now they are getting rid of these funds. Chainalysis found that the last impulse of the decrease could occur after the sale of bitcoins by $185 million through over-the-counter trading floors. The use of OTC significantly reduces the impact on the price in comparison with the transaction through the exchanges. However, still, the sale of Bitcoins increases their supply in the market, tilting the scales downwards. The negative effect is also that Bitcoin is once again involved in illegal operations.

Chainalysis also found out that the swindlers have been systematically selling Bitcoins since June when the BTC reached its peak and started to decline. However, a year ago, Bitcoin dropped to $3K, although it had reached $20K only a year before that drop. Such price fluctuations attract to the market those who want to get rich quickly, which is what swindlers use.