Bit-comment: Bitcoin turned lower after fail to take above $11000 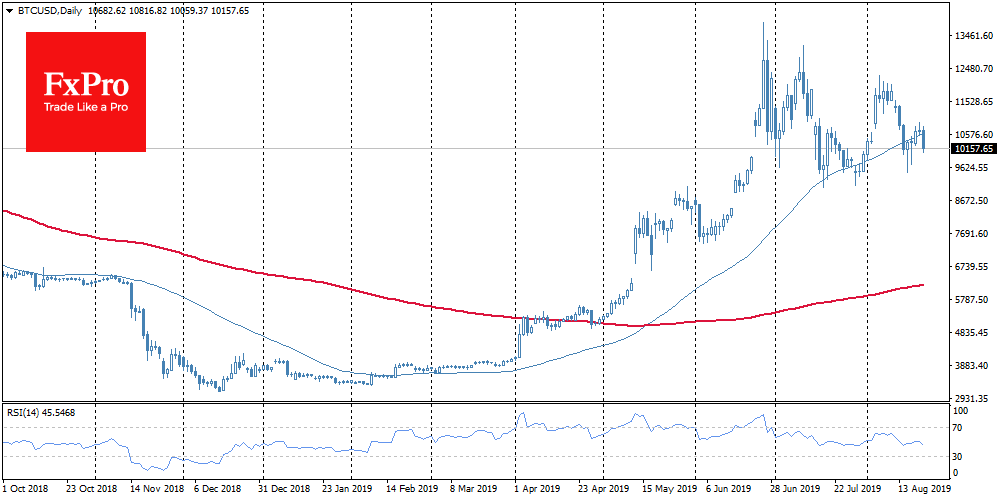 The crypto market positive mood at the beginning of the week was replaced by a sell-off by the middle of the week. Bitcoin has fallen by more than 5% in the last 24 hours and is now trading around $10,250. Altcoins are losing about the same amount.

Although the hash rate in the Bitcoin network has reached a historic high, which is a precursor to price growth, it does not help the benchmark cryptocurrency at the moment. The level of $11,000 has become too hard resistance level with sell-offs on the way. Both bulls and bears have recently become more modest in their requests: both sides have a range of about a thousand dollars to initiate a reverse trend.

The BTC dominance index is still around the levels of April 2017, and even the largest Twitter account @Bitcoin, which promoted Bitcoin Cash, has changed its orientation to the first cryptocurrency, which is quite symbolic in the current situation.