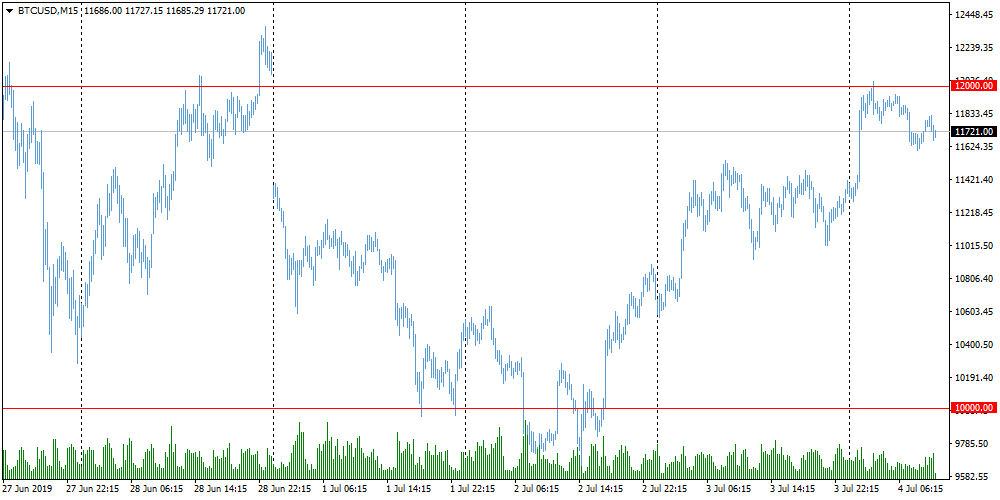 After a 30% correction, Bitcoin reversed and touched $12,000. By Thursday morning, the first cryptocurrency is falling, trading around $11,700 as part of careful profit-taking after the recent growth momentum. The growth impulse faded away, however, the dynamics itself is very indicative: after the impressive drop in BTC, it almost immediately attracted buyers.

Facebook announced that Libra is being developed “for the poorest segments of the world’s population, who do not even have a bank account,” which could also have caused a surge in interest among the masses to the crypto market, pulling Bitcoin along with it. However, it is unlikely that the latter can be used for remittance, given its extremely high volatility. Most likely, the hype around Facebook cryptocurrency will lead to the market new retail investors-speculators “without bank accounts”. In the next six months, another saga with ups and downs is waiting for us, and, like last time, your suddenly grown rich neighbour can become the best ad for cryptocurrency.