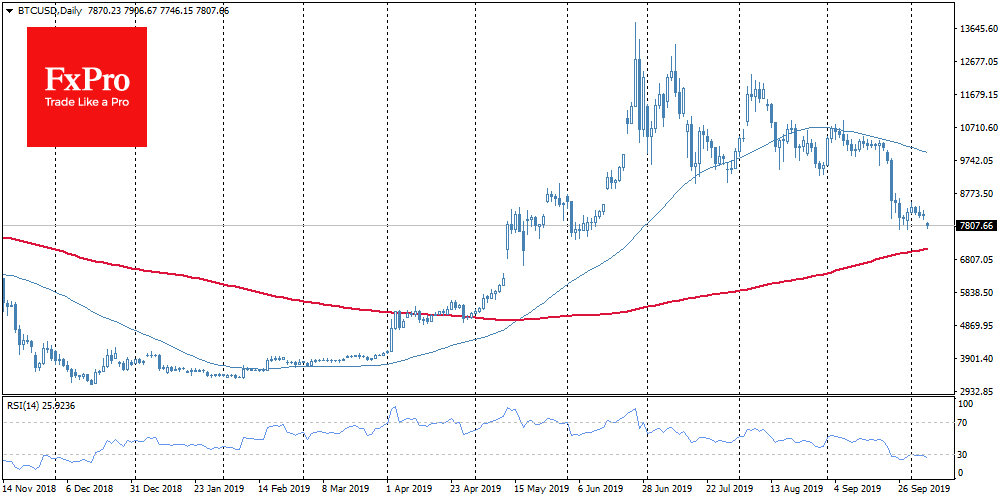 Bitcoin starts the week with a decline below the round 8K level and trades around $7,800 by 9 am.

Bitcoin is slowly but surely “moves south”. With the asset price decline, the trading volume has grown by almost 15% on the last day. A higher trading volumes amid price decline often considers as bad sign for near-term price dynamics.

The decline occurs at the moment when the GTI Global Strength Indicator indicator has issued a signal to buy Bitcoin for the first time since December. Thus, it turns out that it is $8K that can become the starting point of a new rebound. However, we are now seeing a different picture. The Bitcoin’s greed and fear index stood at 27 at the beginning of the week, rushing in the direction of fear. This drop may indicate a further decline in price and an increasingly appropriate time to buy an asset at a discount. Buyers are likely focused on the fact that Bitcoin got support at current levels at the end of September and in June. RSI on the daily charts continues to cruise around the area below 30, interrupting hopes for a rebound.