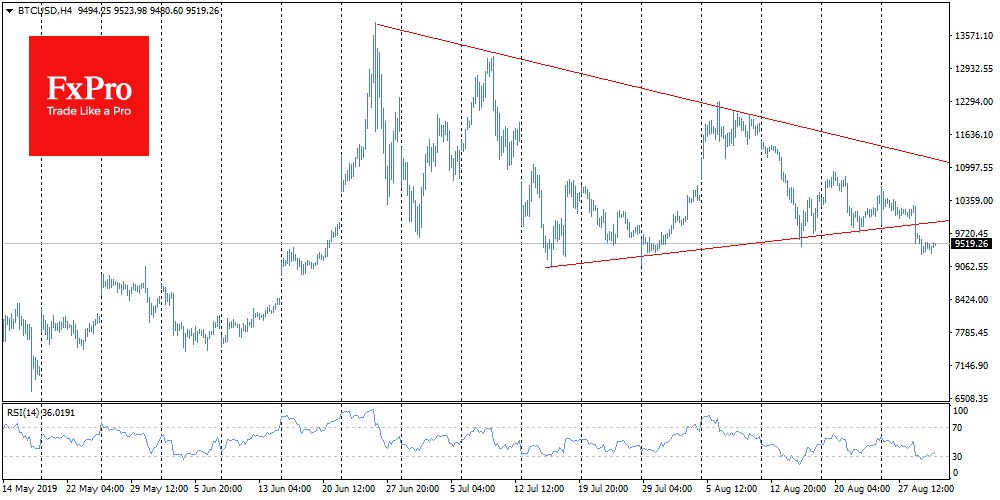 Bitcoin temporarily stabilized around $9,500 after four days of decline with a low of $9,300. It should be noted that earlier in July the sell-off also stopped near the same levels. If the decline does not continue, these levels can act as important support, where there is an increased interest of buyers.

The sale-off of Bitcoin and the entire cryptocurrency market generally coincided with the rally in the U.S. stock market after China’s announcement, which softened fears about the trade war. This is not the first correlation with the traditional financial market and geopolitics, but further statistics will allow us to say more about this relationship. However, it is already clear that investors are interested in Bitcoin, and in the near future they will get new instruments for investment, and then the correlation with the traditional market may become more obvious and easily traceable.