Bitcoin reached a local high of $10,900 on Friday evening, after which another sale began, which was also characterized by an increase in trading volumes by 23%. By Monday morning, Bitcoin drops by more than 2% and changes hands for $10,350. Once again, it is obvious that the insignificant (by the standards of cryptocurrency) scale of the sale-off only confirms the generally bullish sentiment in the market.

An extremely important event of the weekend was the return of demand for altcoins. Moreover, they showed growth at the time of the Bitcoin decline. We haven’t seen such price dynamics for a long time. Market participants have been waiting a long time for the leading altcoins to turn around, considering how cheap they are in the historical perspective. At the beginning of the week, alternative cryptocurrencies from the TOP-10 are declining by 2-3%, but what happened at the weekend may be the beginning of future dynamics. The Bitcoin dominance index broke through the psychological mark below 70% at some point, but by Monday morning it returned to its round value again. 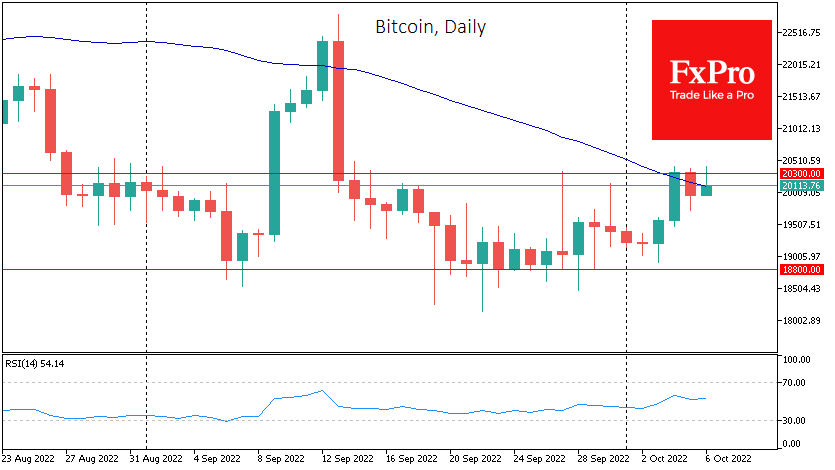