Home › Crypto Review › Bit-comment: Bitcoin does not dare to exit a narrow range

Bit-comment: Bitcoin does not dare to exit a narrow range 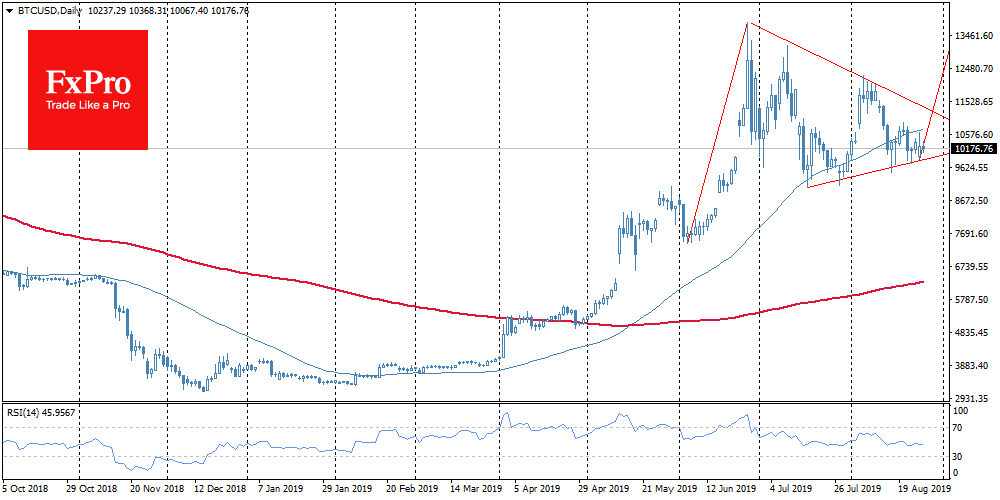 Bitcoin remains within the established range of the last 6 days. Over the past 24 hours, the cryptocurrency has lost just over a little more than a per cent and traded around $10,200. The difficulty of BTC mining in the last 8 days remains at the level of a historical maximum of 10.1835T, which is a harbinger of price growth for the network.

Technical analysis shows that Bitcoin is in the triangle, gathering strength for a breakthrough. Often, the consolidation is followed by the dynamics in the size, as before the consolidation, which may indicate the prospects of asset growth up to $18.5K. Excellent news for Bitcoin maximalists, and extremely negative news for the holders of altcoins, because the recent Bitcoin rally was largely fed by the money from the sale-off of alternative cryptocurrencies.