Home › Crypto Review › Bit-comment: Bitcoin above 10K has restored the faith of buyers

Bit-comment: Bitcoin above 10K has restored the faith of buyers 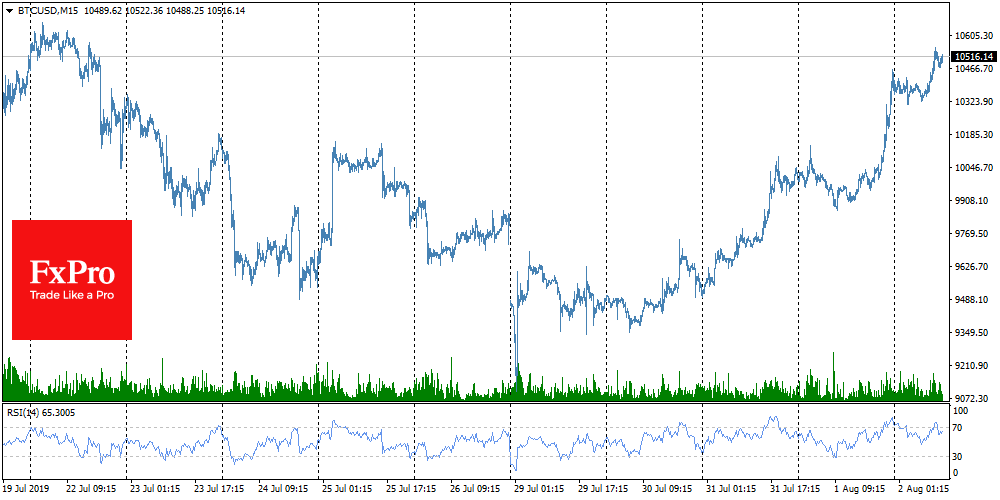 After reaching the $10K threshold, Bitcoin began to gain value again. Over the past 24 hours, BTC added almost 5% reaching $10,400. Along with the price, trade volumes are growing, which is also a very positive sign for short-term price dynamics.

After the decision of the Federal Reserve, market participants were divided into 3 camps. Some believe that the decrease of the rate will lead to the growth of Bitcoin, others are sure that Bitcoin, on the contrary, will suffer, while others think that monetary policy and traditional factors of influence on prices are not related to Bitcoin, and the only factor of formation of Bitcoin value is speculation.

It is quite likely that at the moment it is the supporters of the idea of manipulation as the most significant factor of price formation in the cryptocurrency market are right. Recently, “whales” have often been accused of trade volume hikes, while they were accompanied by the same sharp and short price hikes in both directions. It is likely that something similar is happening now under the story of the Federal Reserve decisions.