Home › Crypto Review › The crypto market is stagnating along with Gold

The crypto market is stagnating along with Gold

The total capitalisation of the crypto market has receded by $16.7 billion over the last seven days. Bitcoin lost almost 5% last week, while the rest of the TOP 10 cryptocurrencies are losing 6-12%. The third halving of Bitcoin in May supports the general investor sentiment as well as miners’ unwavering confidence in the prospects of the first cryptocurrency. Since the last recalculation, the complexity of mining has increased by 3.6%.

The process of hash rate growth and computational complexity has a dual nature to its impact on the crypt market. On the one hand, the confidence of miners often brightens markets. On the other hand, miners shutting down their equipment can provoke an even more significant domino effect when the market rectifies.

Bitcoin’s correction with the S&P 500 is even worse. The recent growth of stocks has not yet been mirrored by bitcoin. With almost zero dynamics over the past days, the first cryptocurrency correlates with Gold and Silver.

The third halving not only has a positive impact on market sentiment but also prompts the calculation of possible benefits. Bitcoin has shown impressive growth rates over the past two halvings, but how will things play out this time? ChartsBTC lays out several scenarios similar to those of past halvings, and within these scenarios, growth can reach $340K – $720K. Of course, analysts themselves admit that such calculations are no more than just a hope.

The cryptocurrency market is now affected by a much larger number of factors than the 2017 rally. Above all, overbought conditions can be stopped by institutions that are not committed to the “buy and hold” strategy. They only aim to make the most of it, constantly evaluating the current situation. Besides, regulators in the USA and other countries can still seriously influence the industry by limiting it or allowing it to develop. As a result, the new participants may bring back the balance to the market. 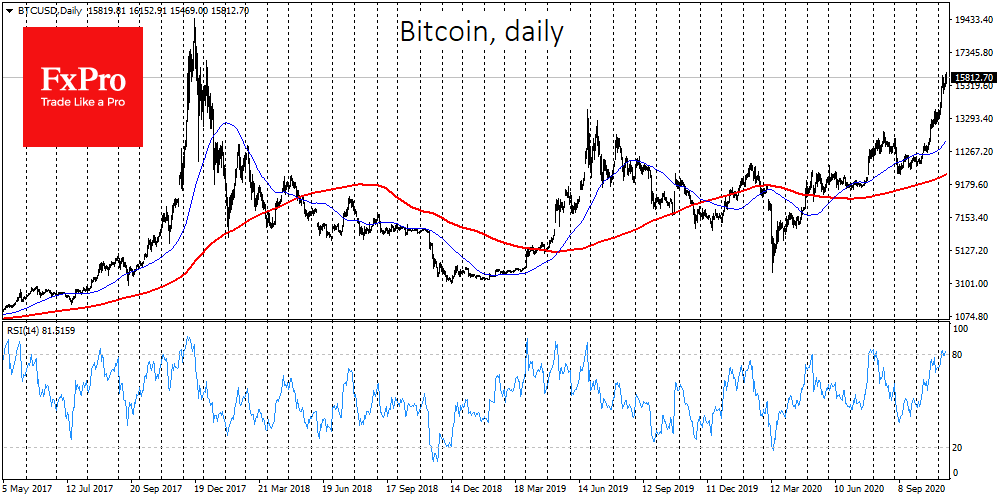