Bitcoin failed to rally above $10K

Bitcoin failed to pass the $10K threshold yesterday that led to a sharp rollback to $9,500 at one point. Nevertheless, the trading volume in the Bitcoin network grew by 25% per day, came close to $60B. The trading volumes indicate a very high interest in Bitcoin by all market participants. There is now a massive movement of funds near the round levels. The part of investors believes in further growth, while others take profit. But these forces are balanced. At least for now.

The Crypto Fear & Greed Index grew by 4 points during the last 24 hours, remaining in the “fear” area. Having gained support on 200 SMA at $8,500, Bitcoin is still in good shape. On the technical side, there is already a decrease in the hash rate in the network. In the coming weeks, there will likely be the first wave of disconnections of ASICs, the difficulty will be corrected, and the miners will start to withdraw their assets from the market to cover losses or due to leaving the market. 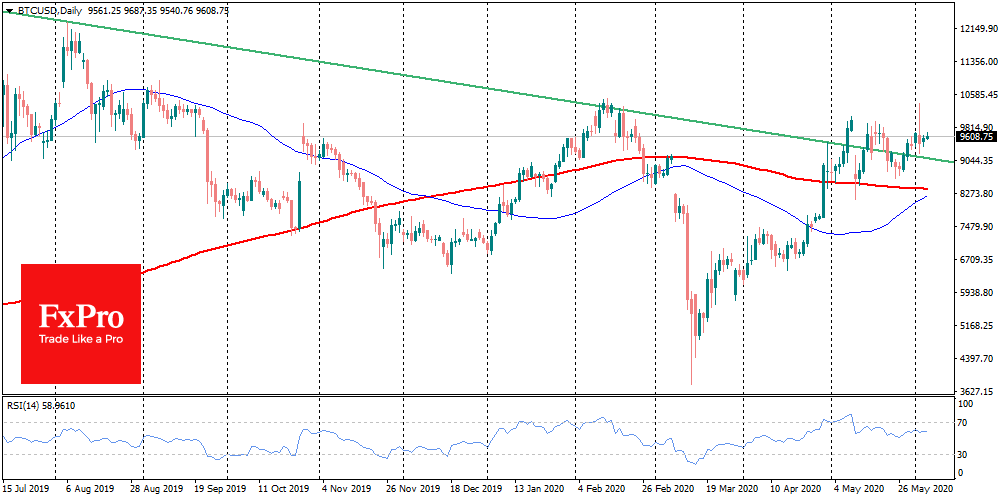 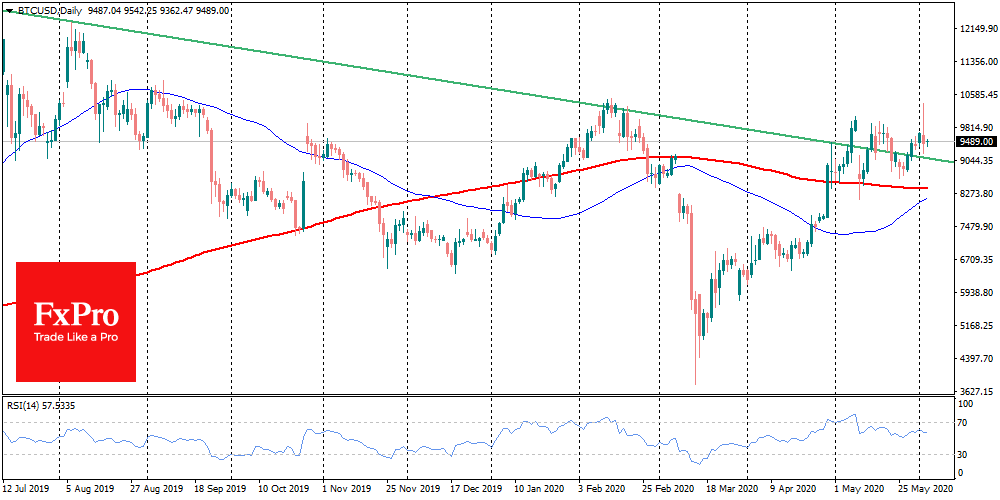 Bitcoin rally above 10K was quickly sold out 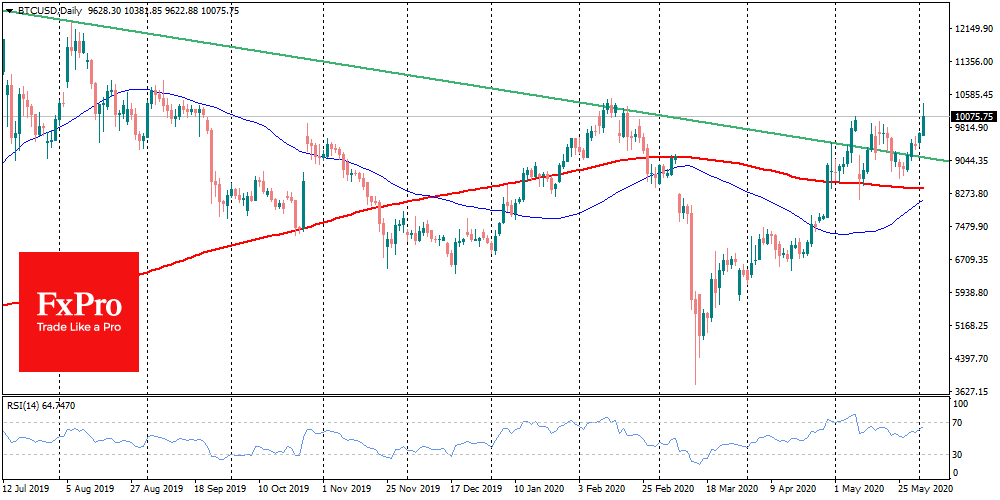 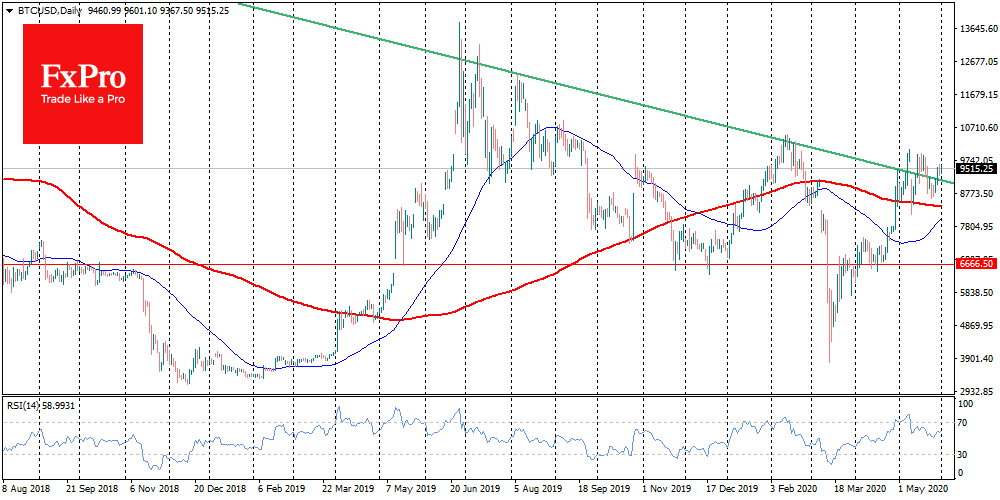