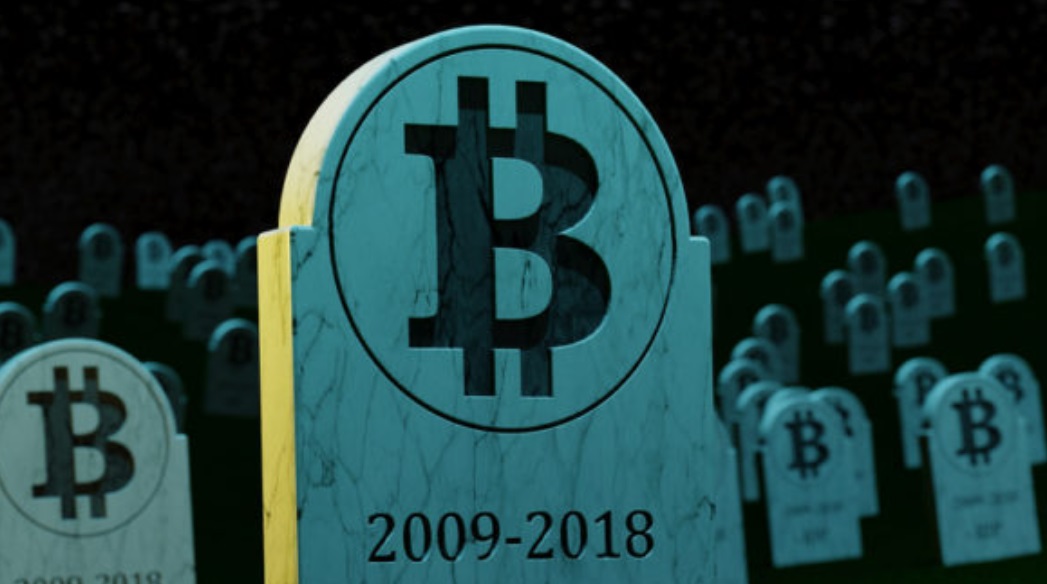 The rumors of bitcoin’s death are greatly exaggerated, according to the stunning number of obituaries it racked up during a dismal crypto bear market. The original cryptocurrency has died 90 times in 2018, according to 99 Bitcoins. That’s slightly less than the 125 times it died in 2017.

Despite detractors’ eagerness to bury it once and for all, bitcoin’s media profile has never been higher. So even as its price cratered, Google searches for bitcoin have rocketed to record highs. As CCN reported, Google searches for “bitcoin” recently topped online searches for President Donald Trump. That’s staggering when you consider that Trump is the center of most news coverage on any given day.

Using this metric, it’s safe to say that bitcoin and the cryptocurrency industry have entered the mainstream consciousness. A year ago, bitcoin and the crypto market were fringe topics that were mostly a curiosity to readers of financial news. Today, mainstream business outlets cover bitcoin’s daily price fluctuations and the emerging blockchain industry on a daily basis.

FxPro analyst said that here’s a flashback to some of the more memorable, recent proclamations that “bitcoin is dead.” Atulya Sarin, a finance professor at Santa Clara University, insists that bitcoin will never supplant gold as a store of value, so bitcoiners should just give it up already. Teen crypto millionaire Erik Finman said “bitcoin is dead” because it’s “too fragmented” and there’s too much infighting within the ecosystem. “It may have a bull market or two left in it, but long-term, it’s dead,” Finman predicted.

Early bitcoiners like the Winklevoss twins, Tyler and Cameron, are unfazed by the current market slump and are betting big on the long-term future of crypto. As for bitcoin skeptics who can’t see its potential, Tyler Winklevoss said they merely suffer from an epic “failure of imagination.”