Bitcoin keeps its gain yesterday and changes hands around $7,100. According to CoinMarketCap, trading volumes in the Bitcoin network are stably above $40 billion. However, bitcoin cannot grow above $7,100 so far. The more impressive growth was shown by Ethereum (ETH), which adds almost 10% in the last 24 hours. Other altcoins are also in the green zone, showing an increase of 4-9%. 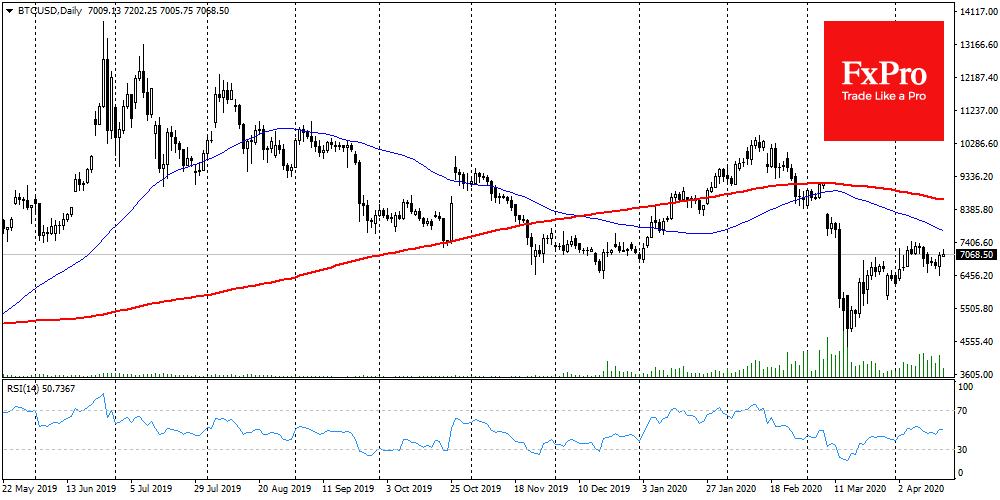 According to Coinmetrics, the primary “shadow” winners among cryptocurrencies are stablecoins, whose capitalization increased by $1.5bn in March alone. Nothing is surprising here, as it is an obvious choice of many investors for a period of increased turbulence.

However, crypto-enthusiasts still see positive developments and specifically for Bitcoin. With the approval of free money distribution in the U.S., there is a growing perception that paper money will cost and will mean less, which again leads to the idea of bright prospects for crypto projects with limited emission and value increasing over time.